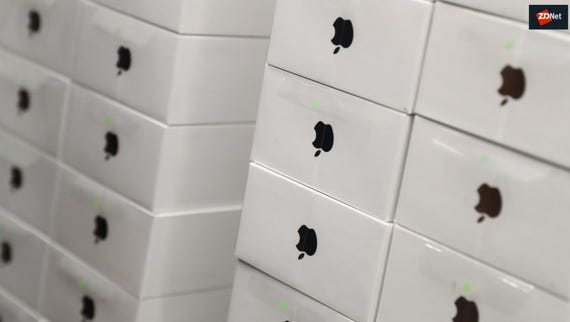 You've been torturing yourself about it for weeks.

You've had heated discussions with friends and even random human beings on public transportation.

You're sure you have the answer, because, well, you work in tech and therefore enjoy fulsome self-confidence.

You know, in fact -- as do I -- that the iPhone XR has an R suffix because it's just slightly less good than the iPhone XS.

But only slightly. One letter back. Which means it's pretty good, almost-worth-a-grand good.

Could it be, though, that we're both wrong? Might Apple have a more devious -- or even artistic -- explanation for the iPhone XR's name?

Finally, we know for sure.

The Emperor, it seems, created this name while still naked. You see, Schiller admitted that the R -- just like the S in XS, iPhone 4S and all the other S phones -- means nothing in particular.

Yes, nothing. No allusion, no inside joke, just a letter.

Perhaps realizing that he'd revealed too much of the nothingness, he tried to save the day.

He added: "I love cars and things that go fast, and R and S are both letters used to denote sport cars that are really extra special."

Or to fool people into thinking that those cars are special, when they're merely souped-up Toyota's and VW's.

Indeed, AutoTrader offered a deeply-argued thesis for why R and X are the car industry's favorite two letters.

Which means that S, in fact, may not be.

Schiller is a renowned fan of Audi. It produces an R8 and an S8. Looking at them both, it's the R8 which is far more aesthetically arousing, while the S8 looks quite dull.

Might this have subconsciously factored into Schiller's naming process? Is he admitting that the XR's choice of bright colors makes it far more exciting?

In the Engadget interview, Schiller revealed there was even more nothingness at the heart of these new phones.

He was asked whether there was an enormous difference between the iPhone XS's Super Retina screen and the XR's mere Liquid Retina.

He confessed that numbers such as the XS's 1080p might be meaningless: "If you can't see the pixels, at some point the numbers don't mean anything. They're fairly arbitrary."

You thought they were such control freaks at Apple, didn't you? But so much is, apparently, arbitrary and even meaningless.

Join Discussion for: Apple reveals what the R stands for in iPhone...