While I enjoy using Apple's latest iPhone XS, Samsung's Galaxy Note 9 keeps stealing my primary SIM card. After diving into the customizable automation assistants of both platforms it is clear there is a lot of power available at the sound of the spoken word.
Written by Matthew Miller, Contributing Writer on Feb. 28, 2019 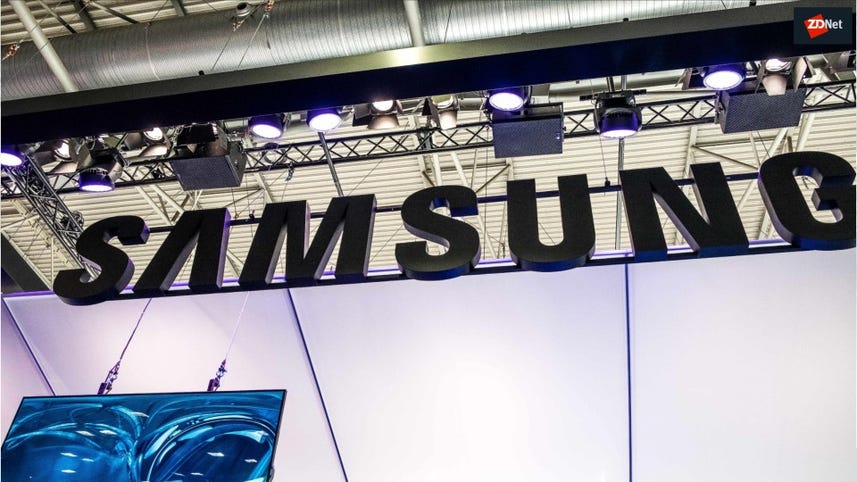 Amazon Alexa, Google Assistant, Microsoft Cortana, Apple Siri, and Samsung Bixby are all available voice assistants that help you find information, navigate hands-free, have some fun, and manipulate some basic device settings. However, there are some advanced aspects of a couple of these services that dive deeper into the control of the device and serve at automation tools more than as simple digital assistants.

Last week we saw the release of Samsung's new Galaxy S10 Plus, see our first take, with the familiar Bixby button on the left side of the device. Many lament Samsung's insistence in dedicating a hardware button to Bixby, but if you spend the time exploring its functionality then you may come away recognizing its power to improve your workflow.

Apple's Siri is also often tested against Google Assistant with most results showing Google trumps Apple in terms of search results. However, Apple has a functionality called Siri Shortcuts that is best compared with Samsung Bixby Quick Commands. Let's take a closer look at how these automation tools stack up.

With your Samsung device in hand, you can say "Hi Bixby" or press the Bixby button to launch Bixby and ask it questions to have it search from answers. You can also have it dive into your calendar, contacts, image gallery, Spotify, and many more apps to have multiple actions initiated within those apps and services. However, for the ultimate in productivity and efficiency, tap the three dot menu in Bixby and choose Quick Commands.

Also: Samsung's S Pen is fantastic, but Bixby is another good reason to buy the Galaxy Note 9

Recommended Quick Commands are presented in productivity, daily routine, lifestyle, and place categories with two to five sample Quick Commands contained in these categories. You can choose one of these that are already created and use it as is or select it and edit it to your heart's desire. If none of these interest you, jump over to My Commands and start creating.

Bixby Quick Commands can be setup to just perform one task, but in my experiences you can just use Bixby or Google Assistant for those types of automation in most cases. The real power of Bixby Quick Commands is the ability to have Bixby perform multiple functions in one single automation process that you create.

Tap the plus icon to add a Quick Command and the creation display opens up. Enter a word or phrase that you will say to Bixby to initiate your Quick Command. Below the line that states, "What Bixby does" is where you tap the plus sign and start adding commands. There are three options for entering commands; select a command from a list of common commands, say a command by talking to Bixby, and using the keyboard to enter a command in written form. Most of the time I say the command, but if something is not working right then try to select a command as those are proven to work.

The one downside to Quick Commands is that saying just about anything will be recorded as a command, but it may not actually work. For example, a previous version of Bixby let you toggle on airplane mode and since I travel on airplanes once or twice a month I tried creating a new "Take off" Quick Command that would toggle on airplane mode, turn on do not disturb, and launch Google Play Movies. As it turns out, airplane mode is no longer recognized with this latest version of Bixby. So be aware that updates to Bixby can break things you create.

I am not sure if there is a limit to the number of commands that can be included in a Quick Command, but the longest I currently have is six actions. After you create all of your commands, choose the save button in the lower right to save your custom Quick Command. Then test it out and see how things go.

If something doesn't work quite right or your want to alter some default recommended Quick Commands, choose the edit button and make adjustments. If you like the Good Night one, for example, but want to change the alarm time you can simply edit the time in the editor and make the Quick Command your own.

I've had pretty good success with Quick Commands, but if things don't work Bixby doesn't offer much in way of helping you resolve the problem. You will often get generic messages appearing that something doesn't work or that Bixby doesn't yet have that capability. The good thing is Quick Commands are indeed quick and easy to create so explore and make your device work for you.

The new Galaxy S10 line launched with a new Bixby functionality called Bixby Routines. After a few days of using your new phone, you will see prompts to setup Bixby Routines with settings showing your current workflow. Bixby Routines is an extension of Bixby Quick Commands, but give you a head start on setting up a Quick Command through intelligence and learning of your routines. We will explore this more in our Galaxy S10 Plus review and future articles.

After experiencing great success searching for things using Google Assistant while Siri often gave me terrible answers, I found myself really only using Siri to set alarms, send quick texts to family and friends, and checking on sports scores. With the launch of iOS 12, Apple included its Shortcuts feature and it has proven to be extremely powerful when used properly.

The Shortcuts have the option to become Siri Shortcuts when one selects the Siri option and records a keyword or phrase to launch the Shortcut. There are a lot more sample Shortcuts for iOS than there are Bixby Quick Commands so I highly recommend you visit sites like ShortcutsGallery.com and browse through the gallery in the Shortcuts application rather than trying to reinvent the wheel.

One may have expected that the Android platform would have more complicated methods for creating Quick Commands, but Apple Shortcuts is more like coding than Bixby and there are some rather complicated Shortcuts due to some advanced actions. I recommend you find a few that look good to you and then open them up in the Shortcuts app to get a peak behind the curtain so that you can edit existing Shortcuts or create your own.

A photo grid Shortcut I have in my library has more than 50 actions in it to carry out the automation process. It's impressive how much power you have with Apple Shortcuts and if you haven't yet tried them I highly recommend giving them a try.

To create an Apple Siri Shortcut, tap the plus icon in the top right of the Shortcuts app and then start adding in actions. You can search for actions or scroll up to view what is available. Actions are related to your calendar, contacts, documents, health, location, Apple Music, photos and video, scripting, sharing, text, and the web. The Scripting options are where you can dive deep and create rather large programs as you develop Shortcuts. There is an information icon to the right of the action so you can find out a bit more about it as you choose and customize your actions.

After you add and customize all of the actions in your Shortcut, tap the icon under Done to enter the name of your shortcut, choose an icon, add it to Siri, show in widgets, show in share sheet, add to the home screen, short your shortcut, or import questions. When you think you have everything ready tap on Done. In your library list, tap on the Shortcut to see if everything works as intended. You can then use Siri, assuming you enabled this option, to test it out via Siri.

My Shortcuts include one to convert burst mode shots to GIFs, manage my device for airplane trips, view Apple Health activity reports, create a photo grid, and have random Office episodes launch on Netflix. The last one is hilarious, but a ton of fun on my daily train commute.

Both of these automation process services give you the ability to have your powerful mobile computer take care of things for you, which is always something I wanted to see from these devices. Without using Bixby Quick Commands or Apple Shortcuts, you are not realizing the full potential of your device. You can increase your efficiency and productivity by having these mobile computers do some heavy lifting for you so fire them up and start creating.