iPad sales are awful. Truly awful. And while CEO Tim Cook may be bullish about the tablet's future, Apple desperately needed to do something to try to turn sales around.

Well, we now have a price cut.

You know things are desperate when Apple starts cutting prices, but the latest iPad price cut might have come too late to save it.

Before we look at why the price cut has come too late, let's consider the reasons for the price cut. OK, there's the obvious fact that sales suck, but there's more to the poor sales that meets the eye.

First off, iOS 10 rendered some 40 percent of iPads that were in use obsolete. That's a huge number of devices blown away overnight, and it's the sort of thing that you might expect to be the catalyst for an upgrade cycle.

But so far there's no sign of an upgrade cycle.

Another problem that Apple is facing is that schools are increasingly abandoning the iPad and turning to Chromebooks, and I'm hearing that one of the major reasons for this is price (another reason I hear for the shift is the ease of managing Chromebooks).

So, with sales drying out, Apple has turned to the thing it hates doing the most -- cutting prices. Unlike other consumer electronics manufacturers, Apple understood early on in the game that cutting prices was a one-way street, and once you cut a price, there's no going back. That means you don't do it until you have to.

But Apple might have left it too late to save the iPad. Here's why.

First off, this intervention comes late in the iPad's decline. iPad sales began showing signs of slowing back in late 2012 and early 2013, with the slide getting into full swing in 2014, and only now is Apple addressing one of the main reasons for the fall in sales -- price.

Apple is now in a position where it has to try to resurrect a dying product by turning around a steep decline, whereas a few years ago it would have had the smaller task of reinvigorating soggy sales.

And Apple has had to do this at a time when much of the buzz that once surrounded the iPad has fizzled away.

Another problem facing the iPad is that since the release of the Plus version of the iPhone with the larger 5.5-inch display, there's less of a need for the iPad. You can even see the effect that the iPhone 6 Plus had on the iPad in the sales data.

And on top of all this, Apple is trying to fix iPad sales while also keeping one eye on softening iPhone sales and while generating as much hype as possible for the $1,000+ tenth-anniversary iPhone.

We will have to wait and see what effect -- if any -- Apple's iPad price cut will have, but with the current state of play, combined with all the factors listed above that are generating headwind, I for one am not holding out much hope for sustained recovery.

Did you know your iPhone doubles as a magnifying glass? 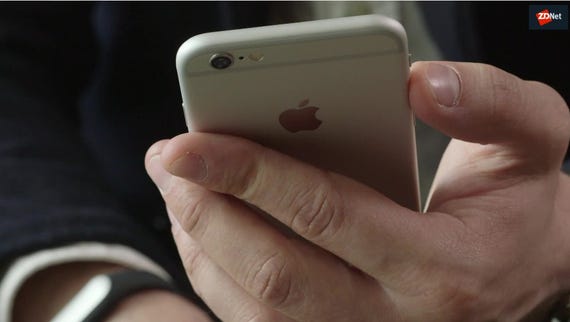 Join Discussion for: Apple tries to save the iPad, but it's too...