Get your iPhone or iPad ready for iOS 10.3

Apple's iOS 10.3 update is out, but before you rush out to download it, here's some things you can do to get your hardware ready for the upgrade.
Written by Adrian Kingsley-Hughes, Contributing Writer on March 27, 2017

Apple has released iOS 10.3 for the iPhone, iPad, and iPod touch, but before you rush out to download it, here's some things you can do to get your hardware ready for the upgrade.

Here's what you need to do to make sure things go smoothly for you.

Here is a complete list of the devices that are supported by this release (basically, if you have iOS 10, you can get this upgrade):

To know what device you have, use this page to decipher the model number, which you can find on the back of the device or under Settings > General > About > Model.

Is your device not in the list? Then you're out of luck.

Back up your data

Before you do anything major, such as upgrading your device, you need to make sure that you have a backup just in case things don't go smoothly. This is doubly so for iOS 10.,3 because for the first time, Apple is changing the iOS file system from the 30+ year old HFS+ for Apple File System.

Apple File System is a huge improvement over HFS+, bringing with it features such as optimization for solid state storage, strong encryption, better file time stamping (down to the nanosecond), and many storage saving improvements.

But the two file systems are not compatible with each other, and once you upgrade to Apple File System, there's no way to convert back to HFS+ without blowing away all your data and reformatting the storage.

What this means is that when iOS 10.3 is installed, every file stored on the device will be converted from the old format to the new format. And while we can expect that Apple will put a lot of effort into making this conversion process as smooth and painless as possible, upgrading a file system always opens up the possibility that something can go wrong.

And if something does go wrong, data loss is a real possibility if the upgrade process has started converting files.

Which is why you need a backup.

You can either back up your data to iCloud (go to Settings > iCloud > Backup, then turn on iCloud Backup), or if you don't have enough space, you can take the old-school road and connect your iPhone or iPad to a PC to do the backup through iTunes.

Create a secure, encrypted backup of your iPhone or iPad

Chances are good that your iPhone or iPad has accumulated a lot of detritus over the months and years, so what better time to get rid of it than now.

While iOS 10.3 doesn't need as much free space to install as earlier releases, getting rid of apps that you no longer use -- or perhaps have never used -- makes good sense.

This is also a good time to find replacements for those aging apps that you've been using for years but that haven't seen an update in ages (usually because they've been abandoned by the developer).

If you've been seeing some apps generate a message saying that it may slow down the device until the developer updates it to improve its compatibility, then in iOS 10.3 that warning will be upgraded to suggest that the app "will not work with future versions of iOS," which means the end is nigh.

Do I need to delete apps to make space for the upgrade?

Not if you are on iOS 9 or above, because the operating system will clear space for you (even if that means deleting and re-downloading apps).

If you are on an earlier version, and you're cramped on space, then you might need to clear space by deleting apps (be careful -- because you will lose any associated data), deleting audio or video content (music, downloaded videos, audio books, etc), or moving data such as photos to the cloud (keep reading for more information).

If you've not updated your apps in a while, then this is a good time to do so, because a lot of the apps will have been updated to make them compatible with iOS 10 (although apps designed for iOS 9 seem to run well based on my testing).

While it's likely that your device automatically updates apps in the background, it's not a bad idea to check just to make sure. Find the App Store app, then tap on it, and click Update (bottom-right of the screen). Once in there, you can kick off the update process.

Put your photos in the cloud

Another thing you can do is to upload your photos to the cloud.

ZDNet's sister site CNET has an excellent rundown of the free services you can use for this.

Is it better to upgrade or wipe a device and start from scratch?

There will likely be an update or two to iOS 10.3 coming down the pipes over the coming weeks, so you might want to wait for the dust to settle and for any last-minute bugs to be squashed before making the leap, especially if you rely on your device. 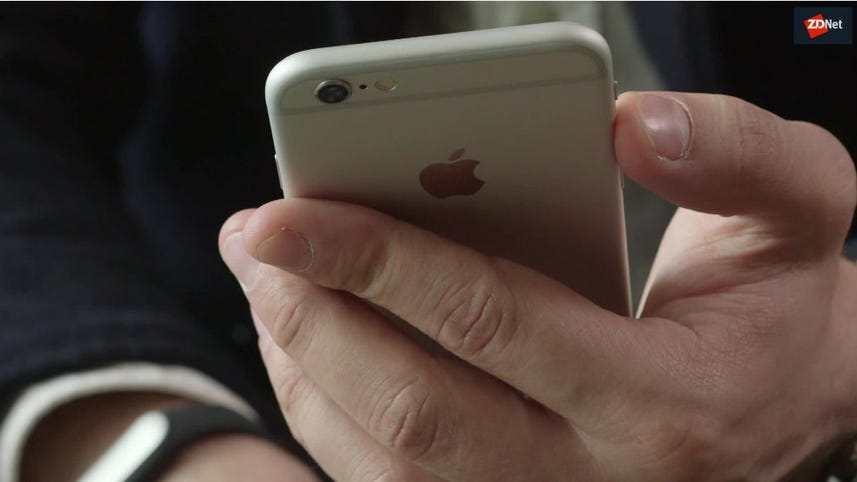