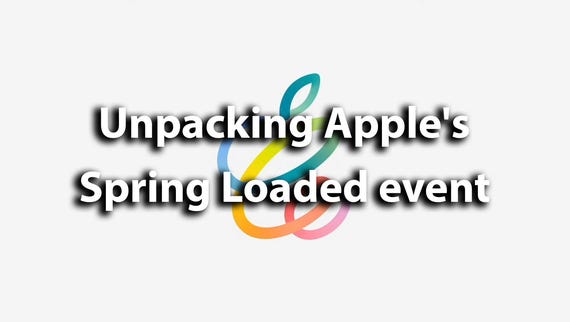 Apple on Tuesday unveiled the latest version of Apple TV 4K, which comes with a new processor, higher visual quality, and a redesigned Siri Remote. The updates represent the first hardware refresh for the product in more than three years.

The best streaming devices Streaming your favorite shows has never been easier.

First, the next-generation device is getting a massive performance upgrade with the A12 Bionic processor. The chip provides a boost in graphics performance, video decoding, and audio processing.

Apple is also improving the visual quality of the TV's picture by supporting high frame rate HDR (high dynamic range) and Dolby Vision video. Support for high frame rate HDR will be especially beneficial for watching fast-moving action, like sports. Apple is working with leading video providers, including Fox Sports and NBCUniversal, as they begin to stream in high frame rate HDR.

Meanwhile, with high frame rate support in AirPlay, videos shot on the iPhone 12 Pro can be displayed in full 60-fps Dolby Vision on the new Apple TV 4K.

Apple is also improving the visual quality the Apple TV delivers with a new color balance process that leverages the iPhone. Using your iPhone camera, the Apple TV's proximity sensors guide you to an onscreen target. With the iPhone's light sensor, Apple TV compares the color balance to industry-standard specifications and automatically tailors video output for more accurate colors and improved contrast.

Lastly, the Apple TV 4K comes with an updated Siri remote that includes new functionality and controls. The remote now powers your television, with a Power button that can turn the device on and off, as well as a mute button.

Apple also moved the Siri button to the side of the remote, similar to its placement on the iPhone. Siri now works on Apple TV in Austria, Ireland, and New Zealand, as well as the 13 countries and regions that already support Siri.

The remote features a one-piece aluminum design, as well as a new, touch-enabled clickpad.

Join Discussion for: Apple TV 4K gets an upgrade with the A12...