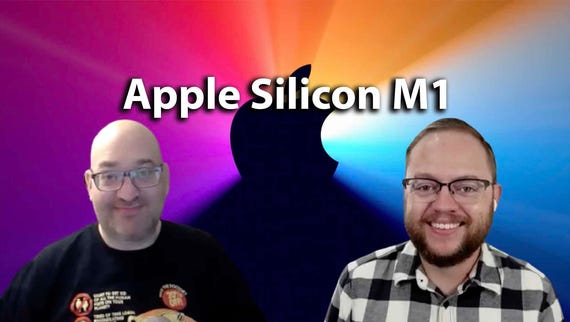 Apple Silicon M1: Surprise, disappointment, and the future of the Mac
Watch Now

Apple held what's likely to be its final special event of the year on Nov. 10. Apple used the event, called One More Thing, to dive deeper into details about the company's switch from Intel processors to ARM-based Apple Silicon revamped Mac lineup, including which models would be the first to get the new chip. We also learned more about MacOS 11 Big Sur, and when it'll be available as an update to current Macs.

In June, Apple made the announcement it would start to transition its Mac computer lineup away from Intel processors, opting instead to use its own ARM-based Apple Silicon processors. It's the same type of processor that Apple has used in its iPhone and iPad models.

Apple stated the transition would start by the end of this year, and finish in 2022. To help developers get their apps ready for the move, Apple made a Developer Transition Kit available to developers who applied. The DTK used the same processor that's in the 2020 iPad Pro, the A12Z. It included 512GB of storage and 16GB of memory.

We now know that the first Apple Silicon processor will be the Apple M1 system on a chip (SOC). That combines the CPU, GPU, and memory, among other aspects, into a 5nm chip with 16 billion transistors. It has an eight-core CPU, with four high-performance cores and four high-efficiency cores. Apple claims the M1 has two times the CPU performance over the leading PC processor. The M1 also includes an eight-core GPU, again, with two-times performance gains when compared to the latest PC laptop processor, according to Apple.

Apple announced three Macs available with the M1 chip. They are available to purchase right now and will ship next week.

The first Mac that will be powered by the M1 chip is the MacBook Air. According to Apple, the new Air is 3.5x faster with up to 5x graphics performance than the previous generation thanks to the M1 processor. The new MacBook Air doesn't have a fan, so

Additionally, Apple will release an Apple Silicon-powered Mac Mini. It's the same design Apple used for the DTK, but with the M1 processor. The new Mac Mini starts at $699, a drop in the price of $100, and supports up to a 6K display via USB-C Thunderb

MacOS 11 Big Sur will launch Thursday, Nov. 12. The update has been in beta since June when Apple announced it at its annual developer conference. Big Sur furthers the ability for developers to port their iPhone and iPad apps over to the Mac, with a lot of design changes to the interface that makes MacOS feel even more iOS-like than it has previously. It also includes many performance improvements for Apple's M1 chip.

The Messages app, for example, now looks and works just like it does on the iPad. You can send or receive messages with special effects, such as balloons or fireworks, for instance. Safari is also receiving a pretty big update as part of Big Sur, including new privacy features, and better overall performance.

Apple has optimized every app that's a core part of MacOS, like Notes or Mail, along with the rest of its app lineup for Apple Silicon.

During the event Apple announced Adobe Lightroom will launch next month, optimized for Apple Silicon. Photoshop is expected to launch next year. Additionally, Apple teased third-party apps from OmniGroup, Affinity, Cinema 4D, and HBO Max that will work across iOS, iPadOS, and MacOS. Developers can submit their updated apps right now, and we should start seeing Universal apps that are optimized for all of Apple's platforms in the App Store soon.

Big Sur is compatible with a healthy list of Macs, as seen in the screenshot below. It's available as a free update starting Thursday, and will come preinstalled on the new Macs Apple announced on Tuesday.