Apple's Antennagate fix to give away free bumper cases is hardly a fix to the bigger hardware defect problem - and, quite frankly - lowers the standards of a company that's long been able to charge a premium price for quality products.
Written by Sam Diaz, Inactive on July 16, 2010

The giveaway, of course, is Apple's way of addressing an antenna problem that Apple doesn't really see as a problem. But, hey, if dropping a million bucks or so to get bloggers - and maybe even Consumer Reports - off Apple's back, then so be it.

For 90 minutes this morning, Apple CEO Steve Jobs talked to a select group of reporters, bloggers and analysts about the perceived problem with the iPhone 4's antenna design. I say perceived because - based on live online coverage of the event - there seemed to be a strong hint of arrogance emitting from Jobs that this wasn't a problem worthy of so much attention.

He went out of his way to highlight the signal deterioration the occurs with three other smartphones - a Blackberry, an HTC and a Samsung - and spoke about the very small number of complaints that AppleCare has received over this matter. In other words: This is a problem that affects all smartphones and, in reality, our customers don't seem to mind.

There was also a hint of a "This is all in your imagination" sort of mentality - especially when Steve and a couple of other execs held up the case-free iPhone 4's that they use as proof that this problem isn't really a problem.

Steve also let his distaste for the blogosphere be known for turning this into a big deal. But what about Consumer Reports and its scathing non-recommendation of the iPhone 4 because of this antenna issue? Jobs didn't seem to take CR to the mat - but then again, mainstream consumers (beyond the early adopter techies) are the ones who use CR as a buying guide. That matters at Apple. At least, it should.

So, here are the details. Every iPhone 4 owner is entitled to a free bumper case, or a refund if one has already been purchased. But that only applies to Apple's bumper cases. (Steve doesn't seem to care for case vendors either, seeing how they often jump the gun and don't keep Apple's secret announcement all that much of a secret.)

The bumper case offer is only good through September 30, though the company says it will evaluate after that whether or not to extend it. As for a hardware fix, there doesn't seem to be any plans for that. And Steve says he doesn't know what the antenna design will look like in the next-generation iPhone.

Bottom line: the iPhone 4 has a defect and Apple's way of fixing it is to put a Band-Aid on it. Admittedly, the bumper helps. But it doesn't change the fact that the product has a defect that prevents it from being used as it was originally intended.

In a post earlier this week, Larry Dignan referred to the bumper case as the lazy man's fix - and I agree with that. Apple is known for offering premium products - but for a premium price. As a Mac fan, I am OK with paying that premium because I know that the quality of what I'm buying is superior to whatever else is on the market. Apple's bar is higher than the industry.

But apparently, that is not the case with the iPhone. Steve makes a point of noting that antenna technology is bad throughout the smartphone industry - though I can't recall RIM or Google or Motorola or HTC having to hold press conferences to address perception of a widespread problem.

As a Mac fan, this is not what I want to hear from Apple's CEO. As a consumer, I do not want to pay a premium for something that's comparable to the rest of the industry. Oh sure, the app store and user interface and screen technology may be out of this world - but if the phone doesn't work, what good is it?

The new perception is that Apple has lowered its standards and has accepted sub-par technology.

People have asked me what response from Apple would have satisfied the critic in me. That's easy. I wanted Apple to address the bigger problem - not point fingers or blow it off like it's all in the imagination of Consumer Reports and bloggers looking for page clicks. Did that mean a full recall? Actually, yes - but not a Toyota style recall.

The bumper is a lazy fix. But it could have been an interim fix, right? Apple could have said it was issuing free bumper cases and then was headed back into the engineering labs to come up with a hardware fix to address this defect. Sure, it would cost money - but Apple takes pride in the quality of its products and it has a few bucks in the bank to cover it. A fix would also take time - but the case would have been something to hold users over until Apple could come up with a permanent fix.

That would have restored my faith in Apple as a company that takes pride in its products and would never want to lower its standards to be put on the same stage as "the rest of the industry."

But that didn't happen today, folks.

The press conference was a public relations nightmare. (In fact, someone commented on our live analysis coverage that this event could go become a public relations case study for other companies on how not to handle such a situation.) The arrogance was evident. The finger-pointing came across as childish. The comparisons to other devices tried to cloud the issue.

Steve noted early in the press conference that "We're not perfect." Maybe not - but I always thought you were better than this.

For years, I had iPhone envy - but have refused to take the plunge because of the poor AT&T signal in the Bay Area. I no longer have that envy. In my eyes, the iPhone 4 will remain a device with a defect - and I just can't see paying that much money for a product that only works if I put a case on it or agree to not touch it in a certain way.

I may be alone in this camp - as true iPhone diehards will probably take me to the mat on this one. But I suspect that I'm not the only one who lost some respect for Apple today. 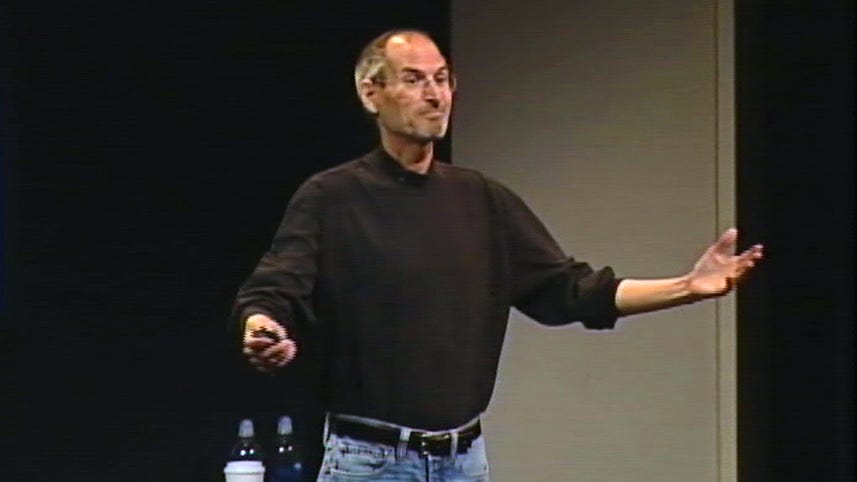