The European Commission has today given more details on how it believes Apple's tax arrangements in Ireland are against European law.

The EC opened an investigation into a tax ruling involving Apple in June, looking into whether transfer pricing arrangements – where one unit or subsidiary of a company pays money to another — between 1997 and 2001 violated EU law. The EC probe aimed to find out whether a tax ruling in Ireland allowed it to lower its taxable profits, which would equate to illegal state aid. 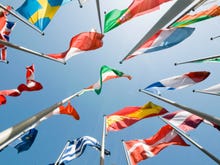 Europe opens tax probe into Apple in Ireland Tax rulings relating to three companies in Europe are to be examined by European authorities. If Apple's tax in Ireland is found to breach tax rules, "recovery" could be on the cards.

Apple pays a corporate tax rate of around two percent in Ireland. The standard for companies in the country is 12.5 percent.

The EC today published the letter it sent to the Irish government in June, saying that Apple and the Irish government had reached an agreement that constituted state aid not permitted under European law. "The Commission is of the opinion that through those rulings the Irish authorities confer an advantage on Apple. That advantage is obtained every year and ongoing. At this stage, the Commission has no indication that the contested measure can be considered compatible with the internal market," it said in the letter.

Among the concerns that led the EC to consider the arrangements as state aid not permitted under European law are that the arrangements were not revised for 15 years (typically, arrangements last between three and five years in most European countries), and that they did not meet any of the rules whereby state aid to a company would be considered compatible with the European market, for example, in order to "remedy to a serious disturbance in the economy of Ireland".

Consequently, the EC said it believed that the Irish Revenue service permitted Apple to lower its tax liability, thereby depriving the country of income, giving Apple an unfair advantage in the market, and distorting trade between EU countries.  "The Commission's preliminary view is that the tax ruling of 1990 (effectively agreed in 1991) and of 2007 in favour of the Apple group constitute State aid according to Article 107(1) TFEU. The Commission has doubts about the compatibility of such state aid with the internal market," it said, and has requested that the Irish government provide a number of documents to allow it to investigate further.

In June, along with Apple, the EC also began investigations into Starbucks in the Netherlands and Fiat Trade and Finance in Luxembourg.

"The Commission has reviewed the calculations used to set the taxable basis in those rulings and, based on a preliminary analysis, has concerns that they could underestimate the taxable profit and thereby grant an advantage to the respective companies by allowing them to pay less tax," the EC competition commission said at the time.

Several well-known technology companies use complex structures to cut their tax bill. Typically, local subsidiaries across Europe will be deemed to be providing services to a central European HQ, rather than making sales themselves. In that way, companies that, for example, take hundreds of millions of pounds in revenue in the UK may only pay a few million in tax in the country.

While such arrangements are not illegal, they are deeply unpopular with governments and taxpayers alike, and the OECD has stepped up efforts to counter the practice recently.