Apple had quite a week with the announcement of a new entry-level iPad that has Pencil support and the release of iOS 11.3. Combined with continued iPhone X usage, iOS is becoming my platform of choice.
Written by Matthew Miller, Contributor writer on March 30, 2018 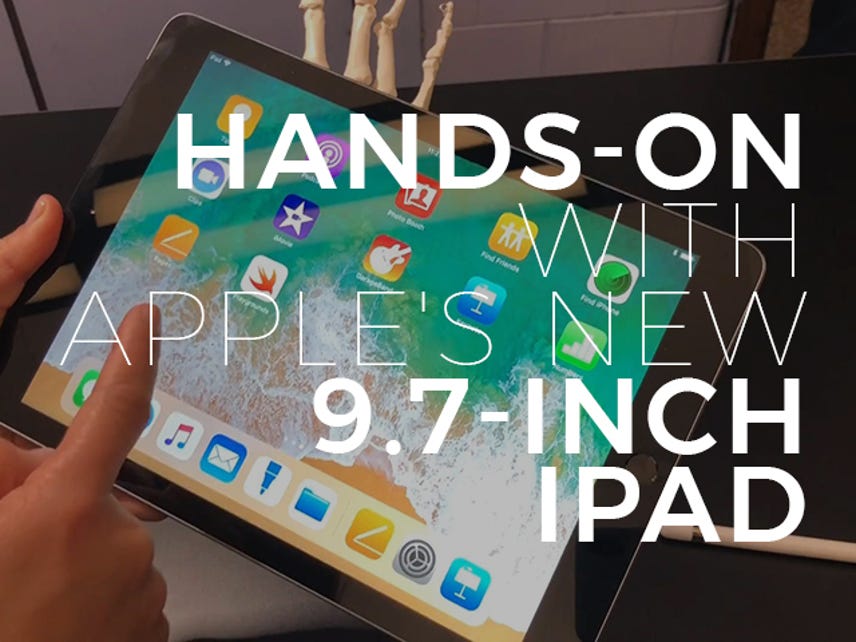 Last month I wrote about my love of the Apple iPhone X and then the new shiny thing, the Samsung Galaxy S9 Plus, showed up.

After more than three weeks of use, it has already worn off the shine and my iPhone X is back as the daily driver. Apple announced the new iPad 9.7 and released iOS 11.3 this week and combined with some cellular performance issues I had with the S9 Plus it is clear to me that iOS is the platform for me.

Last year I purchased and used an iPad Pro 10.5 and Apple Pencil for several months before passing it along to my oldest daughter as I moved to the Google Pixelbook. The Pixelbook is my primary home computer, but while it is an engineering marvel, it is not a great tablet.

Every month more engineers in my office move to Apple iPads for meetings and productivity on the go. Despite what many may say, you can indeed get work done on an iPad. I have been considering another iPad Pro 10.5, but at a starting price of $649 I couldn't justify it again. As David Gewirtz pointed out, the Apple Pencil is an important feature on this new entry-level iPad and at a starting price of $329 I just couldn't pass it up so I go pick up my new iPad 9.7 today at Best Buy.

The Google Pixelbook is a joy to use as a computer with an always-connected keyboard, but it is a bit clunky as a tablet and the stylus support is still a bit limited in Chrome OS and Android. iPad apps are much better than Android tablet apps, both in design and performance.

I am looking forward to having the iPad 9.7 with me in every meeting to take notes, traveling with it on business trips for entertainment and working on an airplane tray table, and even trying out the latest and greatest ARKit applications.

While I will have fun with the new dragon and skull Animojis with my family and friends, I am particularly interested in some other features of iOS 11.3. These include improvements to Apple Health, Apple News, Safari, visual voicemail, and more.

As I continue my half marathon training and raise my awareness of the status of my health, I find the new ability to have my provider health records synced to my iPhone or iPad very compelling. I already have solid access through an electronic charting system, but having this data available right in Apple Health on my iOS devices will help me manage my health, set realistic goals, and measure progress towards improved health and fitness.

I currently typically check out the latest news through Twitter, but also use the News app loaded on iOS devices. Apple improved News in iOS 11.3 by making top stories appear first in the "for you" tab. I installed the update this morning and had a better news experience on my commute home from work on the train.

My iPhone X sat in standby mode for the last few weeks while I thoroughly tested the Samsung Galaxy S9 Plus. Picking it back up just confirmed it truly is one of my all-time favorite phones and the one that currently meets my needs best. It has a perfect form factor for me, I like the full frontal display and notch, and there are services that are proving essential on a daily basis that are starting to lock me into the Apple ecosystem.

For example, Find Friends is outstanding for staying in touch with my daughters while the four of us are all over the place. iMessage is also excellent at communicating with people who also have iPhones in hand.

Also: Is iPhone X worth buying? Here's why so many iPhone owners say no

I have also been seeing some poor performance on the Galaxy S9 Plus with T-Mobile in weak signal areas that I have not seen for years. I can usually count on Samsung beating the iPhone for signal strength and RF performance, but the opposite is happening to me right now. My iPhone X keeps going while the S9 Plus disconnects in the exact same location with both phones sporting T-Mobile SIM cards. I don't know what is going on, but it has happened over a couple of week period and I'm not putting up with it.

I will continue to test Android devices and my Pixelbook will remain my primary computing device, but iOS continues to work its way into my life and it is going to take something very special to knock the iPhone X out of my hand.