I've heard from several readers who are concerned that the latest iOS release -- iOS 14.6 -- has turned their iPhones into portable pocket warmers.

The story is always the same.

The iPhone is physically hot to the touch and the battery depletes in a few hours from little to no usage.

There's a lot of chatter about it on the social medias and on Apple's own support forum.

Without needing to see or physically touch the iPhone, I can tell them what's happening. Either iOS is going haywire doing something that's consuming a lot of battery power, which in turn is causing the handset to overheat, or an app has gone out of control, doing the same thing.

But before you do anything else, here's the first thing you need to do.

Must read: Apple will finally give iPhone and iPad users an important choice to make

Cool down the iPhone!

Don't get into a competition to see how hot you can get your iPhone. That's a path that leads to hardware damage. A stressed, hot battery is an unhappy battery, and that can lead to premature wear and performance issues.

So, if it's overheating, remove it from a hot window and don't keep it in a hot car. I also recommend temporarily taking it out of any case it's in.

Then you can start to work on the problem.

If it's an app that's causing the problem, then you can use the tools built into iOS to find out which one is the problem.

Tap on Settings and go to Battery. Scroll down a little, and you'll see Battery Usage data. Click on Show Activity, and this will give you a rundown of apps that are running in the background. If you have an app that is running in the background that you're not using (and it's not a music or audiobook app you have running, or, as I did here, I accidentally left Google Maps running all night…) then this could be the culprit. 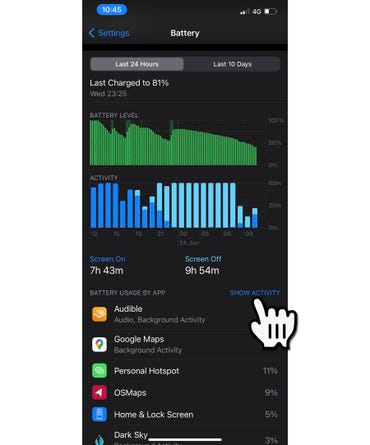 You can also tap on the Activity chart to see how long an app was running during any one-hour period. 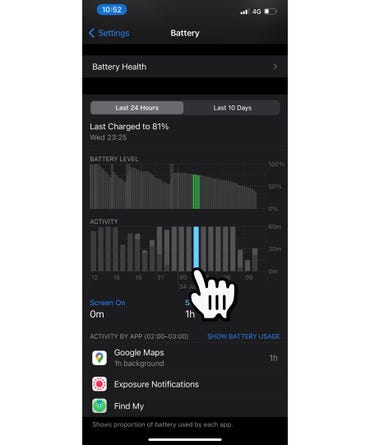 Toggling back to Show battery Usage (tap on Show Activity to see this) will show you how much battery an app ate during a period. So, if you have an app running all the time, and it's burning a lot of battery, you've found your culprit. I recommend deleting the app and reinstalling it, and then keeping an eye on things.

Not seeing an app eating your battery? Then what you have my friend is an iOS bug. Sometimes restarting the iPhone works, but if not, you're going to have to wait for Apple to fix the problem.

If Apple gets around to it…

Join Discussion for: iPhone overheating? Do this first to prevent...