Apple's new iPad Pro announced on Monday features an embedded SIM card, allowing customers to switch mobile carriers for data both at home and while travelling abroad -- instead of being locked into one. 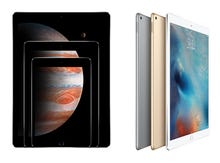 Recode, who received an early review unit of the 9.7-inch iPad Pro, confirmed the embedded SIM card will be found in the cellular-equipped versions of the tablet -- except those sold in China.

This is a bold new strategy. Apple has included an Apple SIM in its iPad Air in the past, but it was removable and could be locked down by carriers. The 9.7-inch iPad Pro will also have a traditional SIM card slot if Apple fails to support a carrier.

The new 9.7-inch iPad Pro features accessories like a keyboard and pencil, along with speed and camera upgrades. Some are calling it the update the iPad needed. Some have called it flawed.