The first 64-bit ARM-based systems aimed at the supercomputing market will ship later this year, as the chip designer continues to broaden its focus beyond the mobile market.

Today, ARM-based chips are best known for powering phones and tablets, but ARM and its partners have been gearing up to move into the datacentre for some time — with a range of forthcoming SoCs based on ARM's v8 architecture. 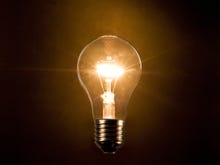 Dell and HP are both planning to release servers based on Applied Micro's X-Gene processor, and this year AMD will ship its ARMv8-based Opteron A1100 processor, a four or eight core SoC with support for up to 128GB of DRAM.

ARM's path into the server market has been opened up by the advent of the 64-bit v8 architecture, and forthcoming ARM-based SoCs support for enterprise-class features, such as error-correcting code memory.

These ARM-based servers will be designed to handle hyperscale computing workloads, light or middleweight tasks that need to be carried out on a huge scale, such as serving web content for a major website.

Demand for hardware capable of carrying out such tasks is growing, fuelled by web giants such as Google and Facebook, and the growth of cloud services. Both Google and Facebook are reported to be considering using ARM-based silicon whose architecture would be tailored to their computing needs.

Intel has countered the threat of ARM's low-power chips in the server market with its own energy-sipping range based on the Avoton series in its Atom family of processors .

The chip giant has also broadened its custom chip offerings in the past year, and recently announced its plans to offer its Xeon processors alongside Field Programmable Gate Array chips , a type of processor whose logic can be reprogrammed using software.

The systems will be:

All of these systems will run the NVIDIA CUDA 6.5 parallel programming platform and are designed to be development systems, with production versions to be released later this year.

Users will also be able to take advantage of hundreds of existing CUDA-accelerated scientific and engineering HPC applications by recompiling them for ARM64 systems.

Los Alamos National Laboratory is one of the organisations that has expressed an interest in using the ARM-based systems as part of its research.

HPC has traditionally been the domain of scientific computing, but Intel is betting on the market for supercomputing growing substantially in the coming years as big data analytics becomes the cornerstone of modern business.

That expectation has prompted Intel to predict substantial demand for supercomputing hardware, such as its Xeon Phi many-core processor, with the chipmaker forecasting its HPC revenues will be growing by more than 20 percent each year by 2017.