Full Bio
Posted in Between the Lines on May 1, 2020 | Topic: Innovation 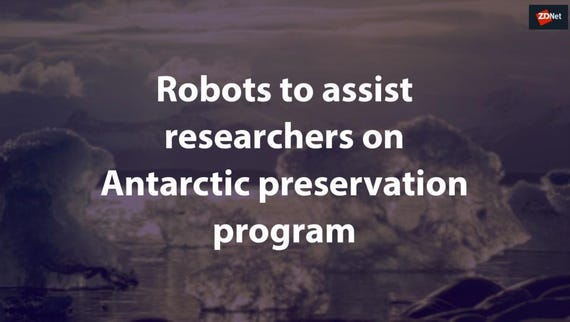 This week, Mozilla, the creator of the Firefox web browser, revealed a new project in which the organization is working with the German Aerospace Center, also known as Deutsches Zentrum für Luft- und Raumfahrt (DLR), to integrate Mozilla's speech technology into moon robotics.

Robots are often used in space applications to augment and support astronauts working on tasks including, but not limited to, maintenance, repairs, for photographic coverage, and to assist in experiments or sample collecting.

While robots are also being explored for potential mining purposes on the surface of the Moon, for now, they have value in helping astronauts -- but their value and capabilities can be improved upon.

The challenge that astronauts may face up in space is efficiently controlling robots while at the same time tackling tasks that require the use of their hands.

According to Mozilla, the Deep Speech automatic speech recognition (ASR) engine and speech-to-text recognizer provides "voice control of robots when astronauts have their hands occupied."

The German space agency has engineers hard at work to integrate Deep Speech into system hardware, and the organization also intends to contribute to Mozilla's project -- potentially through tests, speech examples, and recordings that could improve the accuracy of the program.

It is not yet known what robots will receive the speech-to-text recognition upgrade, but the DLR has been responsible for designs including Rollin' Justin, a two-armed, mobile unit created for testing astronaut-robot collaboration across difficult terrains.

The DLR Institute of Robotics and Mechatronics is also researching how intelligent robotics perform using the European "Multipurpose End to End Robotic Network" (METERON) on the International Space Station.

In 2015, the DLR launched the SpaceBot Cup, a national robotics contest among 10 German universities and research facilities to create robots able to map difficult terrains, collect samples, and travel to a base without using GPS positioning.

ZDNet has reached out to DLR and Mozilla with additional queries and will update when we hear back.