The existing Railway Square YHA accommodation site will be converted to house the new office.
Written by Aimee Chanthadavong on June 24, 2020 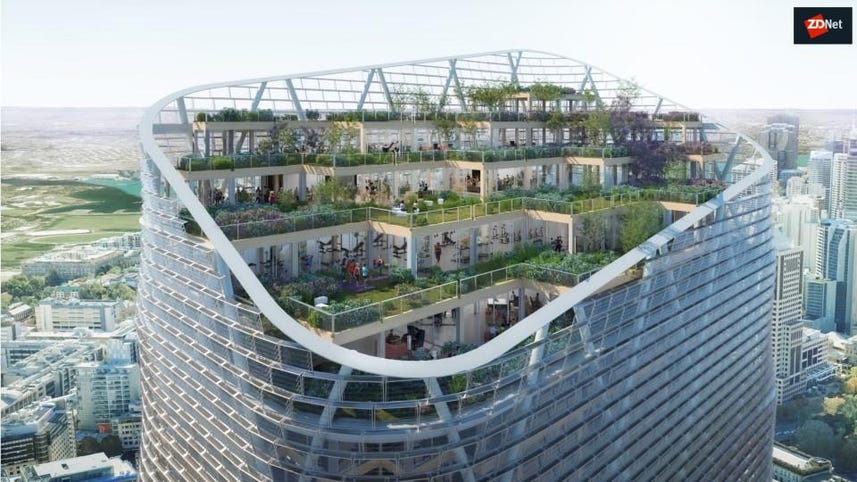 Atlassian has announced plans to build what it has dubbed would be the "world's tallest hybrid timber building" for its new headquarters at the new Sydney Innovation and Technology Precinct in the CBD.

As the first anchor tenant to sign up to the tech central precinct, Atlassian plans to build its new 40-storey headquarters at the existing Railway Square YHA building across from Central station.

The new building, which will measure approximately 180 metres high, is expected to house 4,000 Atlassian staff when it's completed in 2025.

Meanwhile, the lower floors of the new tower will serve as the home for a refurbished Railway Square YHA accommodation. There are also plans to integrate the existing heritage parcels shed, which is the current YHA building, into the development of the building.

"This will be home to thousands of workers and the best new ideas. If you want to work in tech -- this is the place you will want to be.

"Sydney has the potential to be one of the world's leading technology cities and the creation of a tech precinct sends a loud signal that we're in the race to take a slice of the world's most valuable market."

Despite touting Sydney's potential, the enterprise software firm is currently only listed on the Nasdaq, and is domiciled in the United Kingdom.

Atlassian added the design of the building is part of its commitment to operate on 100% renewable energy and reach net-zero emissions.

In addition to a hybrid timber structure, the building will feature a glass and steel facade with a mix of outdoor and indoor spaces, natural ventilation, and large planted terraces.

"The space that we are building will be highly sustainable and highly flexible. it will be purpose-built for the future of work, for tomorrow's world, not today's," Farquhar said.

Development applications will be lodged in the coming months, with plans to begin construction next year.

The New South Wales government first signalled plans for the tech precinct back in 2018, appointing Atlassian to assist with the design of the precinct.

On Thursday, the state government announced it would invest AU$48.2 million in funding to develop the Tech Central precinct, which is expected to provide 50,000 square metres of space for startups and scale-up businesses.

"Technology and innovation are key planks of the government's strategy to attract investment and create the jobs of the future for the people of NSW," she said.

"We have some brilliant tech innovators and entrepreneurs in our state and Tech Central will help us retain local talent and attract some of the brightest minds in the world. This will be more important than ever as we recover from the pandemic."

NEC Australia and its parent company NEC recently signed a memorandum of understanding (MoU) with the NSW government to be a founding partner in the development of the technology precinct between Sydney's Central Station and Eveleigh.

When opened, the innovation precinct will join other existing technology precincts, such as Sydney's Startup Hub that opened in early 2018, which has Microsoft and Fishburners as its main tenants.

It has criticised the current approach as slow and says solutions are often ad hoc.

Aussie startups still being held back by local oligopolies: Stone and Chalk

Five years later, Stone and Chalk has again highlighted the need for bureaucracy to take a backseat.

Those that look beyond R&D innovation are more likely to survive the global innovation race.

It marks the release of the advocacy group's sixth annual Crossroads report.