NEC Australia plans to set up its new office at the precinct that will feature an innovation learning lab
Written by Aimee Chanthadavong on April 23, 2020 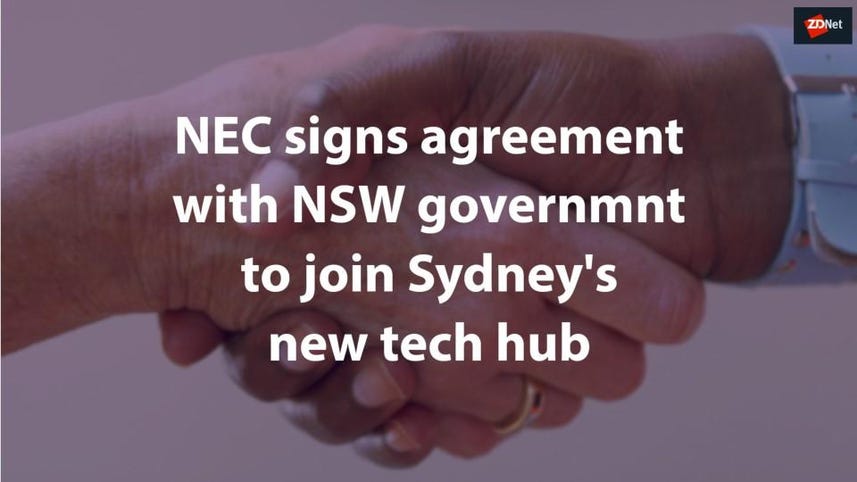 NEC Australia and its parent company NEC have signed a memorandum of understanding (MoU) with the New South Wales government to be a founding partner in the development of a technology precinct between Sydney's Central Station and Eveleigh.

"In collaboration with other foundation partners at the Sydney Innovation and Technology Precinct NEC will participate in the design and development of the technology industry ecosystem required to foster the growth of technology research and development," NEC Australia business development manager Andrew Thompson told ZDNet.

Under the MoU, NEC Australia will open a new office in the precinct, which will be in addition to its existing North Sydney office and its headquarters in Melbourne.

The new office space is expected to feature an innovation learning lab that will be a purpose-built space to develop research prototypes. Similar labs already exist at NEC's headquarters in Japan, as well as its Singapore and Dallas, Texas facilities.

"In partnership with NSW Government, NEC will explore the development of an innovation and customer experience 'live-site', and evaluate NEC world-leading IoT, AI and biometric solutions, digital ID and DX platform, and SaaS solutions for the NSW government departments and services with secured governance," Thompson said.

NEC will join Atlassian at the new precinct.

The NSW government previously touted the hub would "cement Sydney as the tech capital of Australia".

"Central to Eveleigh is already home to Australia's largest cluster of startup firms. We want to use that as a base to grow new jobs and new businesses," NSW Premier Gladys Berejiklian previously said.

When opened, the innovation precinct will join other existing technology precincts such as Sydney's Startup Hub that opened in early 2018, which has Microsoft and Fishburners as its main tenants.

The GovNext-ICT contract is for the transformation of the wide area network, local area network, and IP telephony environments across every WA Police Force site.

The collaboration will merge an NEC subsidiary with Sharp.

NEC needed seven months to discover the hack, did not disclose it publicly.