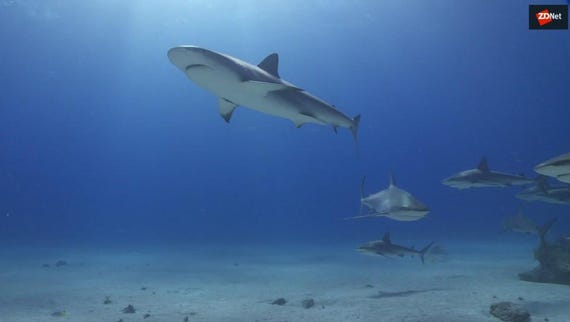 In a bid to protect beachgoers from the animals that live in the water they're entering, the New South Wales government will spend AU$8 million on a new strategy that includes a fleet of shark-spotting drones to patrol the state's coastline.

Minister for Agriculture Adam Marshall is calling the strategy "shark management" and said it is based on five years of scientific research into shark behaviour and the most effective ways to protect beachgoers.

"As a government, our number one priority is keeping people at our beaches safe and that's why we're rolling out a revamped strategy to reduce the risk of shark attacks," Marshall said on Wednesday.

"Our world-leading research showed SMART drumlines and drones are the most effective detection and surveillance tools."

The government, in partnership with Surf Life Saving NSW, will deploy new drones at 34 beaches across the state and deploy 35 SMART drumlines in locations deemed high-risk along the state's north coast.

"Drone technology has advanced dramatically in recent years, with the devices now able to fly thousands of kilometres, automatically detect the size and species of a shark as well as provide surf lifesaving assistance to distressed swimmers," the minister continued.

Marshall said it would be the largest shark tagging program in the world.

"These measures will be complemented by 21 shark detection stations along the coast as well as ongoing shark meshing on 51 beaches between Newcastle and Wollongong," he said.

"While no government can ever fully reduce the risk of shark attacks at our beaches this new program is backed by world-leading research and will provide the best in modern protection methods to our coastal communities."

See also: The Internet of Wild Things: How the IoT joined the battle against climate change

The strategy will also see 21 VR4G listening stations along the NSW coastline; the continuation of the Shark Meshing Bather Protection program, which has run since 1937, at 51 beaches between Newcastle and Wollongong; as well as community awareness and education programs.

"The benefits have been readily evident with this increased aquatic surveillance capability, which has resulted in a multitude of warnings issued to swimmers and surfers about nearby marine life," Surf Life Saving NSW CEO Steve Pearce said.

"An added benefit has also been the ability of our pilots to identify swimmers in distress, while conducting these surveillance flights, enabling a speedy response by our lifeguards and volunteer lifesavers that has undoubtedly saved lives."

Surf Life Saving Queensland and Westpac-backed Little Ripper Group have been using drones to spot crocodiles in Queensland and help prevent people from drowning in the ocean.

In response to the coronavirus pandemic, Westpac in April decided the drones it uses with Little Ripper Group could be used to drown playgrounds in disinfectant as well.

"Through clever innovation, Westpac Little Ripper Lifesaver can help stop the spread of COVID-19. Our fleet of specialised drones will be able to spray environmentally-friendly disinfectant to ensure public spaces remain safe," the bank tweeted at the time.

"Help when it matters."

In its video, the bank said the drones could be used to spray schools, universities, child care centres, aged-care facilities, hospitals, and supermarkets.

Join Discussion for: AU$8m fleet of shark-spotting drones and...