Auckland Transport has a "truckload" of data on citizens in its possession, but according to its CTO Roger Jones, the data is useless unless it's put to use.

"We've always had lots of data ... we've got truckloads of it, petabytes of it, but what we don't have is information," Jones told the Fujitsu World Tour 2018 in Sydney on Tuesday. "So turning that data into something useful is what we're trying to do."

One initiative the council-controlled entity is embarking on to make the city experience better for citizens through the use of its data is the "gamification" of public transport.

Partnering with US gaming company Machine Zone, Auckland Transport is looking for ways to make travel in the city as exciting as game play.

"That's the next step, how do you gamify your trip? Make it more pleasant and have fun on the bus."

While the project is still in its infancy, Jones said the organisation is keen to explore how to connect its citizens with one another, allowing the real-time monitoring, for example, of where friends are.

"Gamifying will help us with this -- but it's also about new data sources. If you're going to get to AI and start making automated decisions, you need more information and it's information we don't necessarily hold," he continued.

Jones said Auckland is going to soon trial a use case across its ferry system that gathers information previously not processed, such as tidal data, allowing for public transport decisions to be made with all of the influencing factors at hand.

This will fall under a new Day of Operations part of the business.

"That's going to address how we do this in real time because they've never done it before," he said. "It's been in silos, people have done it at their desks, now we need a command centre-style structure."

Transport holds a lot of information on the people that travel around Auckland. Jones said 93 percent of public transport trips are done using an AT HOP card -- and 63 percent of cards in use are registered with the authority.

"We know all of those personal details; we know where you're travelling to and from,' he said. "We've worked very, very hard to make sure our security and therefore the trust that people have of us is upheld."

"We get attacked a lot -- about 1.3 million transactions through our system per hour ... about 60 percent of that is useless traffic that gets blocked by firewalls, so security is big for us, everything is digital, we've got one of the biggest networks in the city, every bus stop, every wharf, every bus, every train -- it's all communicating to our systems and we're accountable for it," he explained.

The organisation also boasts a "single view of the customer"-type interface.

"We have one CRM system across the business and everything about the customer is recorded in that system, everything is integrated into that system -- that is mandated by the executive," Jones said.

He said Transport is also currently working out its communication channels, with the big one being social media as "most of what happens out there in the world is on social media first".

"Every city has to have a plan, not only for transport but for what we're doing in our IT shop as well ... and up until 3-4 years ago, the city never had a plan," he said. 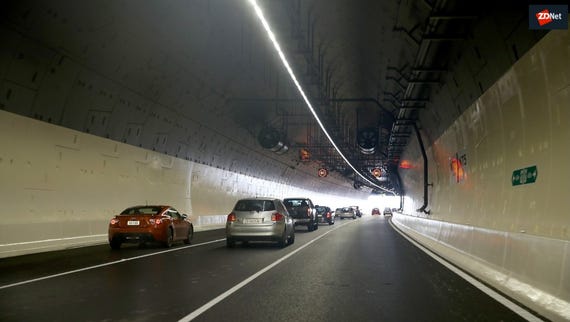 The 'stocktake' is aiming to ensure government agencies are performing analytics on citizen data in a transparent and fair manner.

Cisco customers in three cities around the world share their stories on how they've benefited from smart city tech.