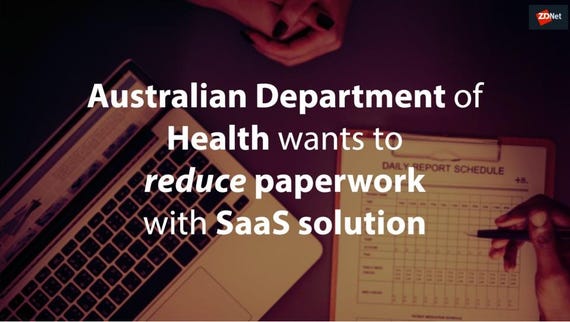 The Department of Health is seeking a provider to help it build a digital agenda board Software-as-a-Service (SaaS) solution that can help facilitate electronic meeting papers and support a minimum of 200 end users.

In tender documents, the Department of Health said the solution would need to give end users the ability to access meeting papers from portable devices, such as laptops and iPads, without requiring access to the internet.

It added that it "strongly prefers" that the solution stores all data locally within Australia, and that it meets all suitable security accreditations set out by the department, including complying with the Privacy Act 1988.

At the same time, the SaaS solution must be compatible with the department's central operation equipment (COE) under Windows 10, the documents said.

"The department will require trial licences and the preferred tender will be required to demonstrate their products compatibility, capability and all required functionality with the department's approved COE," the request for tender documents state.

The initial term of the proposed contract would be for three and a half years, with the possible option to extend the contract for a total of up to six and a half years. The service is anticipated to commence from early January 2020.

Last year, the government department worked on a proof of concept that used blockchain to record who was accessing its medical data.

It teamed up with secure cloud provider Vault Systems to host the data and local startup Agile Digital for its distributed ledger technology to explore how blockchain could be used to prove who was accessing data, why they were accessing it, and to securely research queries.

Over 30,000 Australians cancelled their My Health Record in under two months

30,402 individual records were cancelled in just over seven weeks.

The AMA's federal president has said the number of records doesn't mean anything if there's nothing in it.

My Health Record spends AU$360k on integration with specialists software

The National Data Commissioner won't be able to prevent data from being shared, rather they are tasked with capabilities to 'encourage' data custodians and accredited users to 'safely and respectfully share personal information'.

More than 2.5 million Australians have opted out of My Health Record

The figure is almost bang-on with 10 percent expectations the Health Minister has previously expressed.

Join Discussion for: Australian Department of Health wants to...