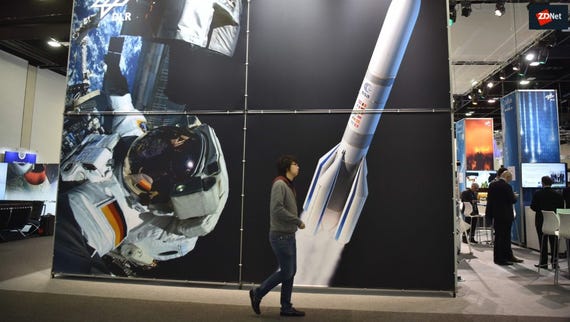 The federal government has announced that Australia's newly stood up space agency will call South Australia home, after states and territories around the country spent six months battling for boasting rights.

The Australian Space Agency will be located at Lot Fourteen at the old Royal Adelaide Hospital site.

According to CSIRO, Australia's space industry is estimated to have generated revenues of AU$3-4 billion last year, with a workforce of around 10,000.

CSIRO Futures, which is the strategy advisory arm and a partner of Australia's national science agency, recently produced a new roadmap to help determine the direction the country's space industry should take, highlighting that it is not just about putting people on the moon, but rather the commercialisation of all things space.

Although the Australian Space Agency officially began operations on July 1, 2018, it has been without a place to call home.

In June, states and territories across the country kicked off a six-month bidding war, with the South Australian government pushing its state as an ideal location, with an astronaut at tow.

Thomas, who worked for NASA after gaining his PhD in mechanical engineering in 1978 from the University of Adelaide, said previously the state was well-positioned to support a burgeoning Australian space industry.

SA Premier Steven Marshall said the state would be putting in a "compelling and competitive" bid to host the agency.

"This state has enormous capability already in terms of space sector, but also enormous potential going forward," he said. "We are the logical place to bring the national space agency."

Federal Minister for Industry, Science, and Technology Karen Andrews said Adelaide was selected to host the agency after putting forward the strongest case.

"South Australia is already home to more than 60 organisations and 800 employees in the space sector and this decision builds on the very strong technology and defence presence in the state," Andrews said.

"Australia's science, research, and technology sectors are key in improving the competitiveness of Australian businesses -- and only under our government's strategic and strong economic management can these flourishing sectors continue to expand.

The Australian Space Agency in September signed a Memorandum of Understanding with France's Centre National d'Etudes Spatiales, with both agencies joining forces to develop their space capabilities, particularly in the areas of operations, science, Earth observation, positioning systems, and communications.

The arrangement was followed in October by the signing of two similar agreements with counterpart agencies in Canada and the United Kingdom.

Alongside Tuesday's announcement was the signing of a Memorandum of Understanding between Marshall and Prime Minister Scott Morrison. The new Adelaide City Deal, also located at the old Royal Adelaide Hospital site, is aimed at "turbo-charging Adelaide's economy and driving long term investment in the city".

"The Agency location and the Adelaide City Deal will align to allow better management of population growth and city planning," Minister for Cities, Urban Infrastructure, and Population Alan Tudge said.

"This will ensure jobs, infrastructure, services, and public spaces are in place to create a faster-growing, productive, and liveable Adelaide."