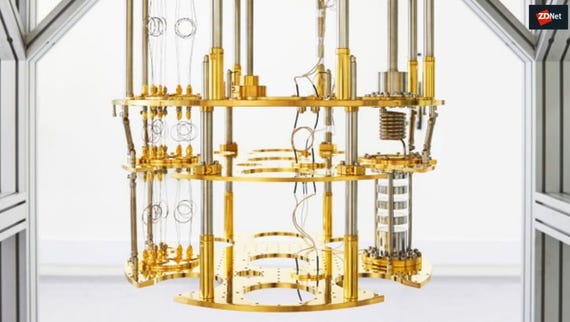 The Pawsey Supercomputing Centre and Canberra-based quantum computing hardware startup Quantum Brilliance have announced a new hub that aims to combine innovations from both sectors.

The partnership will see quantum expertise developed among Pawsey staff to then install and provide access to a quantum emulator at Pawsey and to work alongside Australian researchers.

The Pawsey centre is an unincorporated joint venture between the Commonwealth Scientific and Industrial Research Organisation (CSIRO), Curtin University, Edith Cowan University, Murdoch University, and the University of Western Australia.

It currently serves over 1,500 researchers across Australia that are involved in more than 150 supercomputing projects. Nine Australian Research Centres of Excellence also benefit from the Pawsey centre.

Quantum Brilliance, meanwhile, is using diamond to develop quantum computers that can operate at room temperature, without the cryogenics or what it called complex infrastructure of other quantum technologies.

"Diamond means that instead of filling up a room with cryogenics, you can hold a quantum computer in your hand," Quantum Brilliance CEO Dr Andrew Horsley said. "That's a game-changer for how we can use quantum."

The announcement follows the publication of a new report from CSIRO, Growing Australia's Quantum Technology Industry, which claims the country's emerging quantum technology sector could support 16,000 jobs and create over AU$4 billion in annual revenue by 2040.

CSIRO labelled quantum computing as the most promising long-term opportunity for Australia, with chief executive Dr Larry Marshall saying the technology can help the country grow a sustainable technology industry.

"As Australia recovers from the impacts of COVID-19, we will need to create new industries to give Australia unfair advantage globally to produce unique high margin products that support higher wages," Marshall said. "Science and technology are the key to economic prosperity in a world driven by disruption."

CSIRO believes quantum computing has the potential to contribute more than AU$2.5 billion to the economy each year, while spurring breakthroughs in drug development, more efficient industrial processes, and accelerated machine learning systems.

In the report's foreword, Foley says Australia is currently a strong player in the global quantum technology sector, with world-class expertise and research capabilities developed through over two decades of sustained investment in academic research.

"This long-term investment in foundational research is now enabling the growth of exciting new startups and ventures," she explained. "Coordination and collaboration across the country will be critical to enhance the growth of this industry."

CSIRO said if Australia is to secure its place in this emerging global industry it must act now.

"To secure its competitive advantages and enable the continued growth of its domestic quantum industry Australia will need to implement a focused and nationally coordinated approach to enhancing its capability, collaboration, and industry readiness," the report says.

The report also highlighted the work currently underway by the country's private sector.

Under defence, the report says ultrasensitive quantum sensors that detect small signals of interest including magnetic anomalies and trace chemicals could be utilised, and quantum positioning and timing devices would enable accurate navigation in GPS-denied environments.

It also touted its use in the financial services industry, with quantum computers able to model and optimise complex systems such as investment portfolios as well as utilise secure communications underpinned by key generation and communication using quantum mechanical properties.

It also wants the nation and its policymakers to support entrepreneurship and accelerator programs that enhance the commercialisation skills of deep technology startups; support and leverage Australia's shared research infrastructure to promote open "collaboration" and cost-effective capital expenditure; enhance research and training linkages between Australian universities with complementary quantum strengths; and proactively explore and address any unknown ethical, social, or environmental risks that may arise with the next generation of quantum technologies.