The Prague-based company has about one-third of the global consumer antivirus market, and yet one of its biggest revenue drivers is a free product.
Written by Zack Whittaker on Nov. 3, 2015

NEW YORK -- Only a few tech companies have seen the Berlin Wall fall, let alone lived long enough to talk about it today. 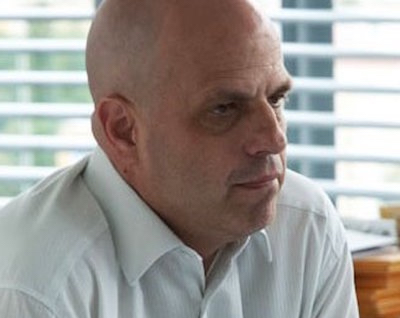 Avast, a Prague, Czech Republic.-based security firm, is now almost three decades old, and one of the largest tech companies in modern Europe. It has an install base of roughly 230 million computers around the world, and takes about 30 percent of the PC market outside China.

When we met, chief executive Vince Steckler couldn't let the smile go from his face. In an hour-long conversation in our New York newsroom, we talked about what the company offers, its strategy in China despite bans and complicated policies, and the effect of Edward Snowden's surveillance revelations.

Here are excerpts from the conversation, edited for clarity and length.

On making a profit off of free

Avast's business model is a little different from other security firms like Symantec and Kaspersky.

Most of its consumer antivirus products are in some way free to use and yet, Avast generates 40 percent of its revenue from companies, like Google, which pays to bundle its Chrome browser with Avast's antivirus software.

Steckler said the majority of its sales come from people who are referred by word-of-mouth. "The free product has the most important stuff in there," said Steckler, like anti-malware protection and other protections, which he said will suit most users.

That strategy has paid off, said Steckler. Avast's profit margin is about 70 percent, compared to Apple's 39 percent gross profit margin, which is said to be one of the most lucrative in the tech market. That's because Avast spends little on sales or advertising, marketing or support, because its "altruistic community," which supports and troubleshoots its free products for the wider market, drives the costs down.

The company is private, and doesn't typically break out its figures, but Steckler said the bulk of the company's spending is on research and development (R&D), which takes up as much as 60 percent of its staff base.

"It makes us a better business," he said.

On the effect of Snowden

Revelations of mass surveillance by the US and UK government (and others) by whistleblower Edward Snowden have shaken up the tech industry, especially for those accused of complicity with the agency's programs.

Steckler said in a recent interview: "Geopolitically, it makes sense that the NSA and GCHQ are targeting products that are prevalently used by foreign governments, like Kaspersky in Russia or CheckPoint in Israel."

Speaking in person, he said that the revelations did "not really" have an effect on the company's sales base or user figures.

"To me, there's nothing wrong with [spying]," said Steckler, arguing that nations target other states to get ahead in the world.

"That's what spying is for," he said.

Research conducted by the company released Tuesday showed that just 15 percent of respondents were concerned about the NSA programs, followed by complicated privacy policies, the amount of data apps can access on their smartphones, and data breaches by hackers.

On its 2016 range of products, services

Steckler said, citing research the company carried out, that there was a "disconnect" between the concern of data breaches compared to the steps consumers and businesses take to protect their details.

The research showed that out of the top 20 US websites that require a login, only three had stronger password policies in place -- notably eBay, Netflix, and ESPN -- reducing the number of ways an attacker could target the system.

On being banned in China

The big caveat to the company's revenue figure is the China factor. Steckler said Beijing is far from a fan of Western and non-US security firms, and Avast is no exception.

China to US business: Play ball or get out.

China remains an elusive country for Western technology and software companies, in part because the law is vague and the requirements to operate are complex. In some cases, the approval process requires turning over intellectual property to a government with a long history of copyright and patent theft. The Chinese market is already dominated by one security giant, Qihoo, which adds to the difficulties faced by those hoping to compete.

Steckler suspected Avast's VPN software, often used by dissidents and reporters to circumvent state controls and censorship, was to blame.

China never confirmed the chief executive's suspicions, but removed the ban some months later. Avast now works with computer makers to ensure its software is preinstalled on machines in the country.

Despite the appeal of hundreds of millions of Chinese internet users, the country "isn't a market we're going to get a meaningful user base," said Steckler.