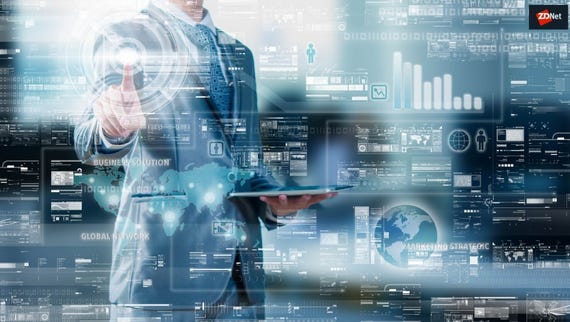 Axon, formerly known as Taser, has moved 20 petabytes of data to Microsoft Azure in what the company billed as one of the largest cloud migrations.

As previously reported, Axon last year launched a digital transformation effort and a pivot to software-as-a-service and sensors. Axon had outlined a decision to move to Azure a little more than two years ago.

In early December, Axon completed the U.S. migration of Evidence.com to Azure. The company said the move will enable it to win larger deals with customers and be more nimble. Axon said that Azure helped it "win several major city police agencies in the U.S. and one large international customer."

What is cloud computing? Everything you need to know about the cloud, explained | How to choose your cloud provider: AWS, Google or Microsoft? | Top cloud providers 2018: How AWS, Microsoft, Google Cloud Platform, IBM Cloud, Oracle, Alibaba stack up

Axon had $700,000 in duplicate storage and migration costs in the fourth quarter, under the $1 million expected. In the third quarter, those migration and storage costs were $1.4 million.

For Axon, the IT system revamp was necessary so it can swap out its business model to recurring revenue and a halo of devices, software and technology for law enforcement. Axon also recently launched an artificial intelligence group and outlined a series of product enhancements for evidence submission.

"Axon is at a new juncture. We have a platform of innovated and interconnected business that will allow us to continue creating a dominant new market," said Axon CEO Rick Smith, who is moving to a 100 percent performance based compensation plan.

Luke Larson, Axon's president, noted that Evidence.com can now search for videos from body cameras faster as well as absorb CCTV footage and other forms of video and audio evidence. That level of unstructured data demanded storage that could scale.

As for the outlook, Axon said it will deliver revenue growth of 16 percent to 18 percent.