Last month marked a new entrant in product crowdfunding, albeit one that seems to have its birthright: Amazon. The company debuted three products under its new Build It program, a program that falls under the Day 1 Editions initiatives.

Build It is a streamlined form of all-or-nothing (in Kickstarter parlance) or "fixed" crowdfunding (in Indiegogo's) that eliminates risk and receipt of projects as "rewards" or "perks" in favor of a straightforward preorder model. If the device reaches its goal within 30 days, it comes to market.

Another, less surprising twist: The first three products all work with Alexa. 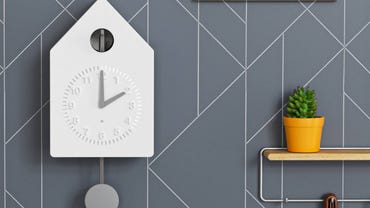 "We have a passion for the peculiar" notes the intro video for Build It.

Indeed, the Smart Cuckoo Clock represents Amazon's second stab at wall-mounted smart time-keeping following the debut of the Echo Wall Clock in a time before lockdowns made clockwatching a popular pastime.

Compared to that businesslike effort, the Cuckoo Clock is appropriately more ornate although both its facade and feature set are streamlined: you can use it to have Alexa set alarms and timers. Its alarm sounds can be customized and its pendulum can be removed, but, unlike with other bird-focused devices, you're stuck with only one post-modern representation as your hourly herald. 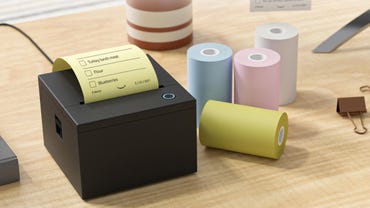 Just because something doesn't have a screen doesn't mean that it doesn't offer anything worth writing down.

Indeed, even as Alexa products surround your fingers and eyes, the blissful lack of interactivity that paper provides can be a reassuring presence. Amazon is now seeking to bridge the Alexasphere and the world of paper with a small network thermal printer that prints sticky notes. These can contain to-do lists, shopping lists, and small puzzles like Sudoku. While the notes must be refilled, the printer doesn't use ink.

The Smart Sticky Note Printer is available for $89.99 ($114.99 after preorder) and met its funding goal on the third day of the campaign. 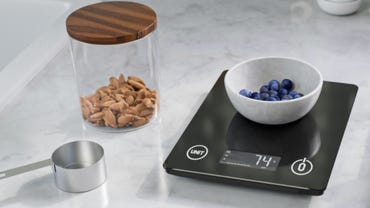 The kitchen has been a popular place for Echo devices and others compatible with Alexa -- from recipe-dealing Echo Show devices and microwaves and smart ovens to smart shelves and even a family of food storage products that are trying to navigate the pandemic's obstacles in order to meet rewards.

Tapping into a nutritional information database, you can ask Alexa to have the scale weigh a given quantity of food in terms of the number of calories it provides, and the full nutritional information for the food being weighed can be displayed on a neighboring Alexa Show. While they lack the Alexa tie-in, other app-connected food scales are available on Amazon for less than $20.

Join Discussion for: Backed to Business: Amazon asks us to help...