It takes decades to build up fierce customer loyalty and just one mistake to completely dismantle it.
Written by Jason Perlow, Senior Contributing Writer on Jan. 2, 2018 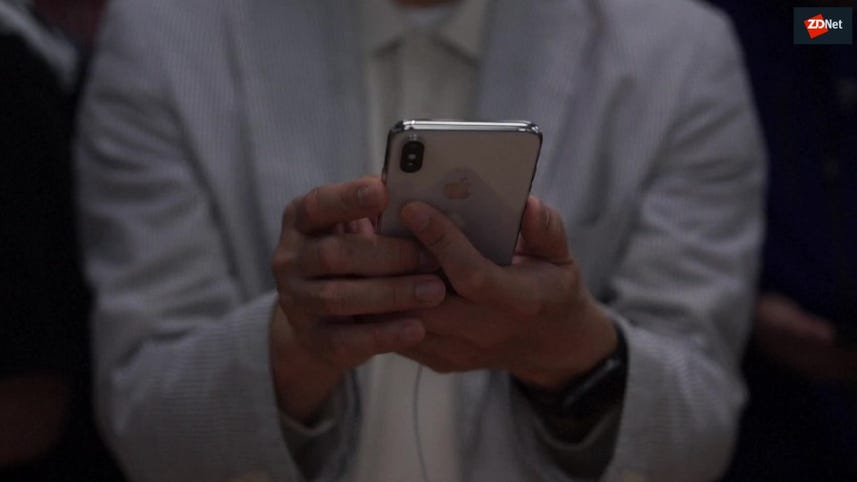 Apple is a company that is known for its rabid, fiercely loyal customers. When it comes to computers and consumer electronics, they tend to buy nothing else.

They are extremely vocal, and will not hesitate to tell anyone how much they love their products, and why you too should own them.

On the multiple occasions over the years where Apple has done something to attract negative attention from the press, their fanbase is always ready to defend. Woe is the opinion editorial writer who either calls the company on its Reality Distortion Field (RDF) or criticizes the company about anything, even constructively.

This is the quid pro quo for writing about technology. You mess with Apple, prepare for hate mail and having your character assassinated in blog comments. It's a dirty job but someone has to do it.

But I do completely understand unwavering loyalty to a brand. Big time. And companies can feel invincible and get particularly arrogant when they know their fans will accept just about anything they do and even defend their choices when everyone else is calling foul.

There are limits, however, to what a brand can pull off in terms of maintaining loyalty --particularly when it comes to the loss of trust and flat out fraud.

When you are a party to fraud as a self-appointed brand ambassador it hurts big. It goes way beyond disappointment, because when you see your favorite brand fail in this way, and others call you on it, you can become even more rabid, unreasonably so -- like an animal backed into a corner.

You see, I was a party to something much like Apple's Batterygate -- Volkswagen's 2.0L and 3.0L diesel crisis.

I loved, I mean loved, my Volkswagen Diesel. I have sung the praises about it in print and told everyone I knew about the fantastic mileage it got, the fun and torquey little engine it had, and how well it performed in the hot Florida weather.

I was a Volkswagen Diesel fanatic. The Volkswagen diesel story is so well documented in other outlets that there's no real need to go into detail.

But as a VW diesel fanboy, I went through all of the phases of grief as I watched the events drag out over a period of two years.

I don't even own one of their cars anymore and I am still pissed off about it.

The company lied to its customers. We bought a vehicle under the assumption that all of the claims they made about the engine performance being a "Clean Diesel" were true.

They were completely false. It was too good to be true.

That lie and willful intention to deceive their customers (and the world's governments) has resulted (so far) in a cost of about $30 billion in damages the company has had to pay to government regulatory agencies, buyouts, and additional punitive compensation to customers in multiple countries.

It has been an utter disaster for the company's public relations. I for one will probably never buy another Volkswagen, Audi or Porsche product ever again.

While the company is not likely to go under from this mess, its reputation is going to be permanently marred, and it will lose generations of goodwill and loyalty from its customers that were hurt by this.

It has had to commit to major management changes, including moving towards the manufacture of electric vehicles. Its diesel business is effectively dead.

Apple's Batterygate is a bit different than the Volkswagen scandal -- there's no direct environmental damage here (other than old phones prematurely destined for trash heaps) but the loss of trust the company is likely to incur might be just as significant.

There will be numerous lawsuits in many countries. There could easily be billions upon billions of dollars in fines levied against the company before this is over.

But Apple has plenty of money. Even if it had to pay Volkswagen-level fines it would be perfectly fine financially. What it cannot recover from, however, is the loss of confidence from its most loyal fans.

I've begun to see evidence of this already. I know of life-long Apple fans with older iPhones that have recently discovered that swapping out a battery on a three and a half-year-old iPhone 6 returns the phone to pristine operation.

They otherwise would have bought a new phone, just as millions of others probably already have, assuming the new iOS 11 with new features was taxing the system.

Apple's faithful are devastated by this. They've spent years dispelling the notion coming from detractors that the company was engaging in planned obsolescence, that instead, it was Apple's innovation with their software releases and increased requirements that were slowing the phones.

Even if that is all true, and the company has only been engaged in the practice of adjusting the processor clock to compensate for degrading battery life for a year or so, it now becomes very hard to trust the company to do anything above board. Those shenanigans are now part and parcel of being an Apple customer.

This is a horrible mark on the company's reputation. It needs to act swiftly and correct this grievous, poorly-intentioned software change and admit fault because eventually, it will be forced to.

The right thing for Apple to do would have been to provide extended diagnostics to the end-user that the battery performance was degrading and to bring the device in for service.

The clock speed slowdown should only have been an option for the end-user as a stopgap before going into a store or authorized service center and replacing the battery, just as some cars have a maintenance mode that prevents high-speed engine operation and is only performant enough to enable the vehicle to limp back into the dealership.

But cars have warning lights in the dash like "check engine". The typical end-user has no idea what is happening on their mobile device if the clock speed is halved.

Charging $80 at an Apple store or a service center to bring the phone back good as new is something I think end-users would have accepted had this issue been properly communicated with transparency to its customers a long time ago. But they cannot accept being flat out lied to.

Apple has now offered to replace the batteries for a reduced price of $29 on all the affected phones and will be providing a software update that will offer the kind of diagnostics the phones should have had in the first place.

This is a paltry gesture -- out of the guilt of being caught -- and is an attempt to reduce its potential exposure having to pay punitive damages it may very well face in the future.

And is most certainly not enough.

In addition to paying vast fines and settlements for engaging in fraudulent business practices that are almost certainly coming, Apple must reconsider its designs and offer versions of the iPhone with batteries that can be replaced easier and cheaper.

I cannot say for sure what the nature and scale of punishment Apple is going to receive from states, governments, and from class-action lawsuits. That's up for the judicial process to decide.

But I can say that some of Apple's fans are extremely hurt, they are angry, and it could result in generational damage to the brand -- just like Volkswagen is dealing with now.

As an Apple fan, do you feel betrayed by Batterygate? Are you reconsidering your loyalty to the brand? Talk Back and Let Me Know.