Look, let's be honest with each other. The laws of physics aren't going to be repealed by any VPN service provider. Bits take a certain amount of time to move across a network, and if that movement is slowed down due to encryption and extra hops inherent in VPN usage, those bits slow down.

That means that if you're playing a first-person shooter and you perfectly target some enemy's head and pull the trigger, your shot might not score even if it was ideally staged. The propagation delay inherent in the VPN might be such that while you saw your target's head in one location, it might have actually been somewhere slightly different on the server. And that might result in a miss.

In other words, VPNs get in the way of successfully playing Twitch games. But if you want to use a VPN to watch a game on Twitch, you're golden. Any game that requires fast ping speeds won't play well with a VPN. But casual games and games where millisecond responses aren't needed will do well. Fortnight: no. Apple Arcade: yes. World of Warcraft: maybe.

Also, keep in mind that performance may differ over time. One night, you might be able to play over VPN and totally dominate. Another night, through no fault of your own, you may miss every shot. So where do VPNs work well for gamers? Game-related video, definitely. Downloading, absolutely. Streaming game services? Well, that depends on the game and the service. But don't expect FPS games to respond well to a VPN. That said, since game consoles are also media streaming devices, many of the media streaming advantages of VPNs will be available to consoles.

We always advocate looking at the money-back guarantee from VPN services and then seriously putting them to the test during that period. In the case of VPNs for gaming, that's not a recommendation. It's a requirement.

And with that, let's look at the four most popular VPN services we're tracking right now. 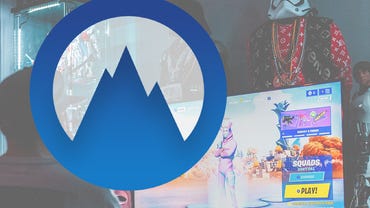 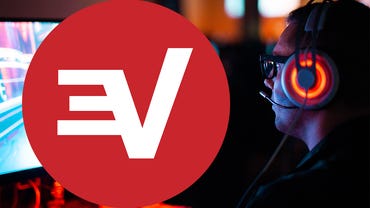 ExpressVPN has been burning up the headlines with some pretty rough news. We've chosen to leave ExpressVPN in this recommendation, and I wouldn't necessarily dismiss ExpressVPN out of hand because of these reports, but it's up to you to gauge your risk level. The best way to do that is to read our in-depth analysis:

ExpressVPN is one of the most popular VPN providers out there, offering a wide range of platforms and protocols. Platforms include Windows, Mac, Linux, routers, iOS, Android, Chromebook, Kindle Fire, and even the Nook device. There are also browser extensions for Chrome and Firefox. Plus, ExpressVPN works with PlayStation, Apple TV, Xbox, Amazon Fire TV, and the Nintendo Switch. There's even a manual setup option for Chromecast, Roku, and Nvidia Switch.

While the company does not log browsing history or traffic destinations, it does log dates connected to the VPN service, the amount transferred, and the VPN server location. We do want to give ExpressVPN kudos for making this information very clear and easily accessible. 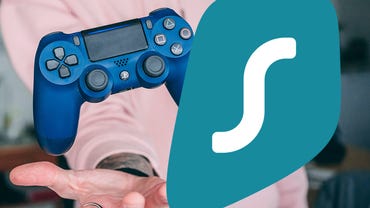 Surfshark's performance was higher than NordVPN and Norton Secure VPN, but lower than ExpressVPN and IPVanish. That said, Surfshark also offers a multihop option that allows you to route connections through two VPN servers across the Surfshark private network. We also like that the company offers some inexpensive add-on features, including ad-blocking, anti-tracking, access to a non-logging search engine, and a tool that tracks your email address against data breach lists. 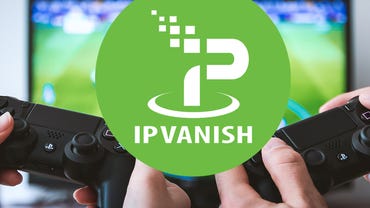 What's the difference between Internet speed and ping time?

Internet speed, often called "bandwidth," is the speed that data overall can be transferred over the internet. If you're downloading or uploading a big file, you want lots of bandwidth, a fast pipe. Ping time is how fast you can send out a request and get back an answer. It's the round trip response time -- and it's very sensitive to distance and hops. When watching a video, you want to get all that video information down to your machine, but once it starts to transmit, it's usually running a good, steady flow. But ping time is how long it takes after you pull the trigger for the game to know you pulled the trigger. If the game thinks you squeezed off a shot half a second after you did, the results could be radically different.

If I see a good ping time in a review, can I count on it?

No, not at all. Ping is the travel time between two points. Your two points and the reviewer's two points will always be different.

How does a VPN protect me when I'm using a game console?

Game consoles don't support native VPN apps, but you can still get the protections, location spoofing, and anonymity of a VPN. The key is running your VPN client on a router or sharing the internet connection of a PC. Most VPN vendors have guides that show you how to set this up.

If a VPN isn't great for when I'm playing a game, why should I even care about using one?

Because, young Padawan, life is about more than gameplay. If you're out and about, and you want to use a coffee shop, airport, hotel, or school Wi-Fi, you need to be sure you're protecting all your data communication. This includes financial information, personal information, location data, and more.