Taylor Clemons is a tech writer and reviewer based near Cleveland, OH. They have experience covering computer hardware and peripherals, gaming tech, and smart home technology.

Apple now has a total of eight iPhone models -- across the iPhone 12 and iPhone 13 lineups  -- that use its MagSafe technology to attach accessories or wirelessly charge the phones.

MagSafe uses a combination of magnets and NFC to both hold an accessory in place and recognize it. For example, the MagSafe wireless charger uses magnets to align itself perfectly with the charging coil inside the phone, ensuring you never wake up again to a dead battery because you didn't precisely line up your phone on a Qi charging pad. There's also a MagSafe wallet that attaches to the back of the phone, integrating with Apple's Find My network to remember the last location it was attached to your phone.

Since MagSafe launched at the end of 2020, we've seen a lot of accessories released from companies big and small. Below are some of our favorites.

For those just looking for a magnet that charges their phone 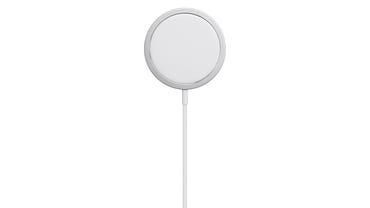 This seemingly simple disk was the first Apple MagSafe accessory designed for charging an iPhone 12 or iPhone 13. On one end is the new MagSafe connector, with a USB-C connector on the other end. The disk connects to the back of your phone, holding itself in place and ensuring proper alignment. There's a lot of tech packed into the MagSafe Charger, but you wouldn't know by looking at it. And that's a good thing.

For everyone (seriously, you're going to need one of these) 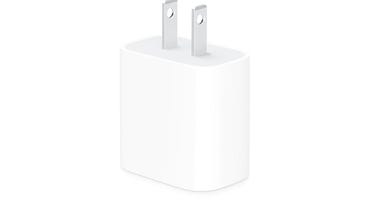 Apple's MagSafe connectors all require a 20W USB-C wall adapter in order to charge at the maximum speeds. It's confusing because the 20W adapter looks just like the 19W adapter Apple included with the iPhone 11 -- unless you look at the label on the plug itself. The 20W adapter will have "20W" in a square next to the prongs. To be clear, the 19W adapter will work with the MagSafe charger, but charging will be slightly slower. If you're using MagSafe to charge overnight, it's a non-issue.

For those who want to multitask 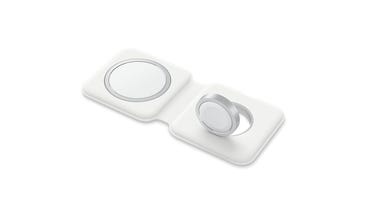 The MagSafe Duo is your one-stop charging station made by Apple. It's no AirPower, but that's alright. On one side is a MagSafe connector that can charge your iPhone, and on the other side is an Apple Watch charging connector that lays flat or folds out so you can place your watch on its side as it charges.

It folds in half to make it easy to take with you when traveling and has a lone USB-C port on the back that can power both charging connectors. Just make sure you use a 20W or higher power adapter with it. Also of note, for some reason, the Duo doesn't work with Apple's 29W charging adapter.

I've been using the Duo for about a year now and have had zero issues with it. I've particularly enjoyed traveling with it because it's a single connection for both of my Apple devices.

For the one who has many Apple goodies 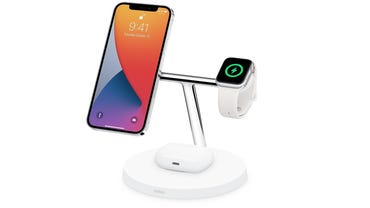 Belkin's 2-in-1 MagSafe charging station charges your iPhone, Apple Watch, and wireless charging capable AirPods. It comes in black or white and includes its own power adapter, so you don't have to worry about which adapter you have and if it's compatible.

For the road warrior 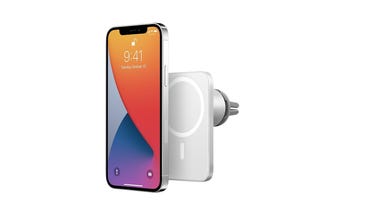 Belkin's MagSafe Car Mount doesn't charge your phone while in use, but it does show just how strong the magnets are and the promising potential of what can be done. I tested it for over a month and liked it; I have yet to have my phone fall off the mount when going over bumps. My only complaint was that when my iPhone 12 Pro was attached to the mount, the combination of the two devices was heavy enough that it pointed the air vents down, no matter what I tried to stop it.

If you're looking for a car mount that holds your phone in place without any clamps, and you have a MagSafe compatible case, you can't go wrong with Belkin's offering.

For those who want the MagSafe wallet, but smarter 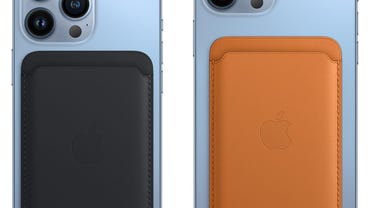 This updated version of the MagSafe Wallet can be used with your iPhone's Find My app, which is great for when you realize it detached itself somewhere between your desk and your car. It's made of genuine leather and comes in 5 different colors so you can either match your iPhone or show off your personal style. You can even use it with a MagSafe case to mix and match visual styles.

At around $60, the leather MagSafe Wallet is a bit of an investment for an accessory, but we can almost guarantee that once you use it, you won't know what you did without it.

For those who love a classic 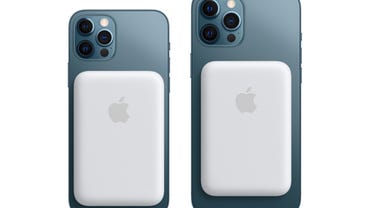 Apple's MagSafe battery pack is one of the smallest packs available, even though pictures can make it look large. Inside are two battery cells with 11.13 Wh of capacity. It's not capable of charging an iPhone from 0 to 100, but you should get a roughly 50% boost, depending on the phone you own.

You'll need to have iOS 14.7 or above installed in order for the pack to work with your iPhone fully. For example, when you place the pack on a compatible iPhone, you'll see an animation on your screen letting you know how much of a charge the pack has. Your phone will then automatically begin charging.

There's a Lightning port on the bottom of the pack for charging it. If you use a 20W adapter, you can charge both the pack and the iPhone at the same time by plugging the connector into your iPhone. Your iPhone will then use reverse wireless charging to top off the battery pack -- the first time we've seen such a feature in use from any iPhone model. 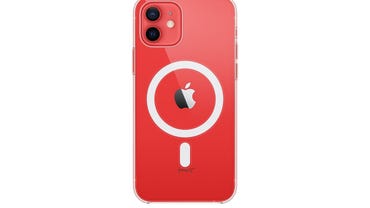 It's a simple, hard plastic case that you can see through -- except on the back, where you can see an outline of where the magnets are inside your phone (and, in turn, inside the case). It's a little slick but sturdy and reassuring that it will do a lot to protect your phone should you drop it.

What else should I know about MagSafe?

MagSafe is simple, and that's what's so great about it. The iPhone 12 and iPhone 13 have magnets built-in, and we're finally starting to see a consistent stream of MagSafe-compatible accessories from vendors big and small.

If you plan on using a MagSafe charger or attachment along with a case, make sure you buy a MagSafe compatible case. That means that the case has magnets of its own built-in, and it will allow you to still charge your phone or keep a MagSafe wallet attached.

MagSafe was originally developed as a safety feature for MacBook charging cords, but is now built into iPhone 12 and 13 models for use with a range of accessories like what we've talked about above and for faster, wireless charging. The system uses a series of magnets around the iPhone's internal charging coil which sense other, compatible devices and hold them securely in place; the magnets are specifically designed for the MagSafe system and to protect your iPhone from damage.

Is MagSafe the same as Qi?

The two systems work on the same wireless charging principles, but the key difference is that Qi chargers don't use any sort of magnets for alignment; and Qi chargers need near-perfect alignment for optimal speeds. The MagSafe system eliminates the hassle of positioning and repositioning your devices on the charger by using magnets to properly align the charging puck and iPhone's internal charging coils, giving you consistent, fast charging.

What is the best Magsafe accessory?

Is MagSafe better than Lightning charging?

It's really up to user preference. Both USB-C Lightning and the MagSafe system have very similar charging times, but with the Lightning cable, you have to make sure you're near a suitable wall outlet when it comes time to recharge your iPhone. With the MagSafe system, you can purchase a battery pack for power on-the-go. So if you're a mobile professional, we recommend the MagSafe battery pack to keep your iPhone charged while you travel or meet with clients off-site while folks who work from home may want to stick with a traditional cable charger.