A number of US surveillance programs that target Americans have yet to be revealed, a Democratic senator has warned.

In an interview with BuzzFeed earlier this month, Sen. Ron Wyden (D-OR) said there are "plenty" of domestically-focused surveillance programs that have not yet been revealed by the Snowden leaks. He declined to discuss the subject further, saying that the programs are still classified.

Wyden has spent years quietly attacking the US intelligence community from his seat on the Senate Intelligence Committee, only to face resistance from not just the intelligence agencies, but also his colleagues and even the president. Although Edward Snowden revealed a considerable portion of the NSA's clandestine activities, Wyden remains one of the only hopes -- even if he is a lone wolf -- of US intelligence reform from within Congress. 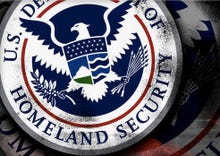 The senator's position on the committee gives him access to some of the government's biggest secrets -- who is spying on whom, specific threats to the US homeland, and the details of ongoing surveillance operations and programs. These privileged few committee members are also cursed. They are barred from telling anyone about most of their work, including their fellow lawmakers -- let alone their own staff, most of which do not have "top secret" security clearance.

That poses a problem for members of Congress whose job it is to create new laws based on the information they have -- including privileged information.

"There are other things that need to be disclosed or debated among those who vote on and write the legislation," said Rep. Thomas Massie, a Kentucky-based congressman, in a phone interview earlier this year.

Massie remains concerned about further infractions by the government. Although a great deal has been disclosed about the NSA's activities -- including the PRISM surveillance system and the bulk phone records collection programs -- he said he was acutely aware that Edward Snowden "hasn't disclosed everything."

Massie, who was elected in part thanks to his pro-privacy stance and views on government reform, said he wasn't surprised by the disclosures. He described the news as a "disappointing confirmation" of things he suspected.

"We're frustrated as congressmen that we don't know more about the NSA programs," he said. "But part of the problem is with our institution, not necessarily with the NSA."

The blanket of secrecy Wyden (and other lawmakers with security clearance) is subject to extends even within Congress. The vast majority of US lawmakers are kept out of the loop on how these laws are being used -- and abused -- by the intelligence agencies. But Wyden's attitude towards overzealous state secrecy has made him one of the key members of Congress to watch by privacy groups.

It was Wyden who first disclosed in 2011 that there was a secret legal interpretation of the Patriot Act. But knowing what he does of the NSA's activities, Wyden himself did not blow the whistle -- a valid point raised by his critics.

Wyden's former communications director Jennifer Hoelzer spent more than half a decade by the senator's side, working tirelessly with him to convey a series of messages even she wasn't allowed to know.

"Wyden takes the committee role seriously, because the committee is the one doing oversight of the intelligence community," said Hoelzer, who later went on to become the senator's deputy chief-of-staff. "There aren't others doing his job. He's always going to ask the tough questions whether they're popular or not, because they need asking."

Hoelzer knows more than anybody how important it was for Wyden to never step over that classified line. She herself had security clearance when she worked briefly at the National Security Council prior to joining the staff ranks of Congress. Had Wyden decided to recount on the senate floor what he knew from the thousands of documents stolen by Snowden, it would've taken him hours -- perhaps days. "He can only put things into the record if he reads it into the record," Hoelzer said. And yet it would have taken probably less than a minute before he was tackled to the ground by Capitol Police, likely arrested, but almost certainly barred from the committee.

Even though Wyden doesn't cross the line, he doesn't just walk away from it either. He's quick to speak up for the unpopular view if he thinks it's the right one.

Wyden most recently became the only member of the committee (once again) to stand out from his colleagues and vote down legislation he called a "surveillance bill by another name." Despite the vague warning, the bill, dubbed the Cybersecurity Information Sharing Act (CISA), passed a closed-door session of the committee in a 14-1 vote in favor of the bill.

The senator slammed the bill, which aims to allow the sharing of cyber-threat data between private companies, technology giants and the federal government, saying the bill "lacks adequate protections" for privacy rights, and that it will have a "limited impact on U.S. cybersecurity."

"Wyden is in the room pushing for things," said Hoelzer. "There's value having someone like him who sees privacy problems, and understands the technology."

This is part one in a series of reports based on interviews, conducted over a period of eight months, with lawmakers and their staffers, policy-makers, security leaders, and key figures who have played a role in the NSA surveillance saga.