More organizations may be investing in big data projects but few have actually deployed such initiatives.

According to a Gartner study released Tuesday, 64 percent of businesses said they were investing or planning to invest in big data technology, up from 58 percent last year, with 30 percent already invested. However, less than 8 percent said they had actually rolled out such projects. 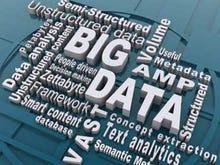 Big data: What are the issues that trip up businesses?

One seasoned data scientist offers his take on the challenges organisations face when they take their first steps into the world of big data.

The survey polled 720 members of Gartner's global "Research Circle" which comprises business leaders who are asked to express their opinions on hot industry topics and key initiatives. The study was conducted in June 2013 and aimed at assessing the organizations' IT investment around big data, stages in their big data adoption, challenges, among other issues.

Despite the seemingly mismatch between investment plans and actual deployments, Gartner said the study findings indicated "real substance behind the hype". "Our survey underlines the fact that organizations across industries and geographies see 'opportunity' and real business value, rather than the 'smoke and mirrors' with which hypes usually come," said Lisa Kart, Gartner's research director.

The survey revealed that 19 percent planned to invest in big data initiatives within the next year, while another 15 percent would do likewise within two years.

Fifty percent of respondents in transportation said they planned to invest in big data over the next two years, while 41 percent in healthcare and 40 percent in insurance said likewise.

Globally, North America in terms of investment with 38 percent of respondents in the region having invested in technology to resolve big data issues. Not to be outdone, 45 percent of companies in the Asia-Pacific region said they planned to invest in such initiatives over the next two years. EMEA and Latin America again lagged in adoption in big data, Gartner said.

"For big data, 2013 is the year of experimentation and early deployment," said Frank Buytendijk, research vice president at the research firm. "Adoption is still at the early stages with less than 8 percent of all respondents indicating their organization has deployed big data solutions. [Across the board], 20 percent are piloting and experimenting, 18 percent are developing a strategy, 19 percent are knowledge gathering, while the remainder has no plans or don't know."

Asked what they hoped to gain out of their big data initiatives, 55 percent said they were looking to improve customer experience while 49 percent pointed to business process efficiency. Other reasons cited included better understanding customer needs, reducing costs, and better detecting risks.

Noting that some respondents were involved in more "game-changing" big data initiatives, Gartner said 42 percent of organizations were developing new products and business models, and 23 percent were looking to directly monetize their data.

Kart explained: "Different industries have different priorities when it comes to big data. Industries that are driving the customer experience priority are retail, insurance, media and communications, and banking, while process efficiency is a top priority for manufacturing, government, education, healthcare, and transportation organizations."

According to Gartner, though, organizations in this year's study struggled to figure out ways to extract value from big data, compared to last year when governance-related issues were the main challenge. Other challenges included defining a big data strategy and finding the right skillsets.

"It is interesting to note that understanding 'what is big data' is the top challenge for 15 percent of organizations," said Nick Huedecker, Gartner's research director. "Perhaps unsurprisingly, this concern came mainly from respondents with 'no plans to invest'. Organizations should be sure they are educated about big data opportunities in their industry to ensure they are not missing the boat."