Mark Samuels is a business journalist specialising in IT leadership issues. Formerly editor at CIO Connect and features editor of Computing, he has written for various organisations, including the Economist Intelligence Unit, The Guardian, The Times, The Sunday Times and Times Higher Education. 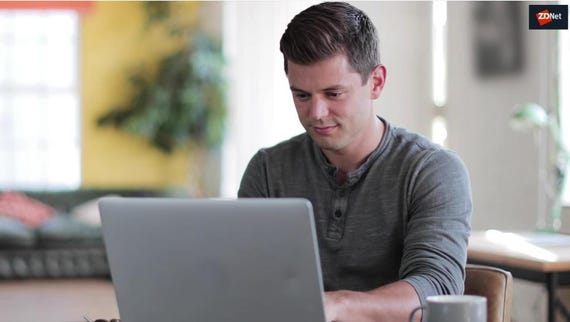 What's the best way to help your city thrive after a global pandemic? For Mark Gannon, director of business change and information solutions at Sheffield City Council, the answer might lie in big data.

"We want to give the organisation and the city the greatest opportunity to bounce back from COVID. Part of that focus is around using digital and data," he says.

Gannon aims to create an organisation that's driven by data. Working alongside counterparts in other public sector organisations, he wants to combine public data sources and create new insight into some of Sheffield's most-pressing health and wellbeing issues, helping the city's councillors make timely and cost-effective decisions in a post-COVID age.

"So when we make policy decisions, they're based on intelligence rather than gut instinct. We're a political organisation, so obviously there are going to be politicians that will always have views. But I think if we can inform those views with data and intelligence, that will be good," he says.

The council already has a small business intelligence (BI) team that Gannon says is "doing some really clever stuff", such as helping social workers to maximise their engagement with citizens to understand the complexity of cases. The aim right now is to think about how big data can create further insight-led improvements for people across the city.

A crucial element will be the establishment of an Office of Data Analytics (ODA) for Sheffield, a cross-city initiative that aims to draw in information from a range of institutions, including health and care organisations, the police, and the city's two higher education establishments, the University of Sheffield and Sheffield Hallam University.

"We want to use all the enthusiasm, data and intelligence that we have to create a gearing effect from that combination to get more than the sum of its parts. So that's a really exciting conversation and it means we've got an opportunity to do something in our response to COVID that could actually move the city forward," he says.

The ODA will be research-led: while a physical office might follow at some stage, the project will operate – like so many other workplaces right now – as a virtual office.

Gannon is helping to develop the terms of reference for the ODA, while his team puts together some candidate projects. The aim is to identify these projects through workshops that can help to create benefits for the city and its citizens.

He gives the example of the Urban Flows Observatory, which is a massive data-gathering project at the University of a Sheffield that draws information from sensors across the city. The initiative collects information, such as data on energy use, climate change and pollution, that relate to the physical process that take place within the city.

Gannon says the council is talking to the university about how it might combine this data with its own information on social concerns, such as inequality and health and wellbeing. The aim is to create new insight on the urban area of Sheffield.

"So there's various conversations taking place and, because of COVID, the need to have quick access to data and intelligence is really driving a conversation where people get to see why this insight so important," he says.

Gannon and his public sector peers in Sheffield are keen to make the ODA work on its own terms – and that means open data and application programming interfaces (APIs). While the council has had offers from external providers that are keen to sell their data products, Gannon says the aim is to not become reliant on proprietary tools.

Rather than create data lakes of stored information, the ODA – and the council's other data initiatives – will aim to collect and analyse information once its data scientists understand the questions that need to be answered. Gannon hopes this open approach will create projects that deliver data-led benefits that people can believe in.

"I think there's a massive trust issue with this stuff," he says. "People tend to not trust government with their data, so we're going to spend quite a bit of time upfront on the public trust element. The aim is to do everything in the open, so we publish all of our plans, working-out, algorithms; everything we use, we'll make it public so people can see what we're doing."

Sheffield's desire to make the most of its information should be welcomed. Data science is still at a nascent stage in UK local government, according to University of Oxford researchers. They suggest that there is enormous potential for the use of big data to be expanded and to help with the delivery of better services to citizens.

More efficient forms of service delivery will be critical in a post-COVID age, with estimates suggesting UK councils will face significant funding cuts due to a £1.2bn hole in their finances from the coronavirus pandemic. Gannon recognises the scale of the challenge ahead and says big data can help the council to understand the value of its interventions.

Gannon gives the example of identifying and then tracking vulnerable adults through the health and social-care system. Information is often held in stove pipes by different public sector organisations, which means tracing an individual's journey – and the impact of interventions – is difficult in normal times, never mind during a global pandemic.

"The bit that's often missing is about understanding the impact of your work on vulnerable adults. So we've got a prevention strategy, but what we don't have is the data to demonstrate that the prevention is having an impact. We want to track the interventions that we've made, and then tweak the interventions as required," he says.