Big-data hype has reached its peak and the concept is likely to plunge into the "trough of disillusionment," according to analyst group Gartner.

Businesses are exploring the use of big data to analyse and understand the vast amounts of information they have stored. But according to Gartner, big data has now reached the peak of inflated expectations.

According to Gartner's hype-cycle model, technologies reach a point where they are completely overhyped, after which users become disillusioned, only later to actually find a realistic business use for the technology.

"The peak of inflated expectations was reached some time ago," said Gartner research director Svetlana Sicular in a blog post on Tuesday. "As an analyst, I see that big data starts falling off this peak and at the end of the peak, negative press and adopter complaints begin."

For example, enthusiasm for Hadoop--the tool most commonly associated with big data--is already waning among some users, said Sicular, adding that some are already describing it as "primitive and old fashioned." 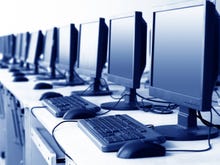 Big data, cloud and good old C# are among the skills that employers are looking for this year.

"They are disappointed with a difficulty of figuring out reliable solutions," she said, adding that difficulties increase when organisations try to work on new ideas and link unstructured data sources.

Research from analysts at Ovum showed that whatever the users are thinking, vendors have been very positive about big data.

Ovum used data gathered by Datasift--which ranked big-data Twitter mentions and the opinion of vendors associated with the big-data market in 2012--to find that positive sentiments around big-data vendors outnumbered negative sentiments by 3:1.

Still, a glut of big-data jobs on the horizon may make techies feel more positive about big data again: A report from software company SAS and IT skills council E-skills claimed that demand for big-data skills will rise by 18 percent every year until 2017.

The report, Big data analytics: An assessment of demand for labour and skills 2012-2017, provides an optimistic outlook on the job market in the big-data sector and suggests there will be 132,000 new UK jobs in big data by 2017.