As we evaluate BlackBerry as a enterprise software vendor it's worth noting the company's sales history, how it got here, and what businesses carry the company forward.
Written by Larry Dignan, Contributing Editor on April 3, 2017

BlackBerry's reemergence as a software vendor is nearly complete as the company's fourth quarter results were better-than-expected and the outlook is brighter. Now it's worth looking at what got BlackBerry to this point and what businesses will get it to the next level.

The company reported fourth quarter non-GAAP earnings of 4 cents a share when Wall Street expected break even. BlackBerry's sales were $286 million and $297 million on a non-GAAP basis, compared to analysts estimates of $289.3 million.

But as we evaluate BlackBerry as a enterprise software vendor it's worth noting the company's sales history. This chart shows BlackBerry's surge and fall to its rebound to a mostly-software vendor with about $1 billion in revenue.

Here's how BlackBerry got here.

The acquisition of Good Technology. The purchase of Good in 2015 gave BlackBerry a large enterprise mobility management play to turbo charge its software strategy. The $425 million acquisition gave BlackBerry credibility with CIOs in its quest to manage devices with multiple operating systems.

Chen. The hiring of Chen as CEO in 2013 gave BlackBerry focus, a turnaround strategy and enterprise credibility. Chen has executed his plan well, built out the management team and delivered on his promises.

The growth of connected vehicles and autonomous driving efforts. BlackBerry acquired QNX from Harman International in 2010 before Chen's tenure largely to use it to build a new smartphone operating system. But QNX turned out to be a key player in the auto industry. Chen leveraged QNX to give BlackBerry a large footprint in the auto industry. QNX sits between automakers and front end systems from Google and Android. That positioning serves BlackBerry well.

A move to offload hardware design and manufacturing to third parties. BlackBerry devices live on, but the risk no longer rests with the company. Chen said on BlackBerry's conference call that "I'm not building any hardware" with the exception of Radar, BlackBerry's physical tracking device. See: BlackBerry phones plot comeback via TCL: A crazy yet not impossible mission 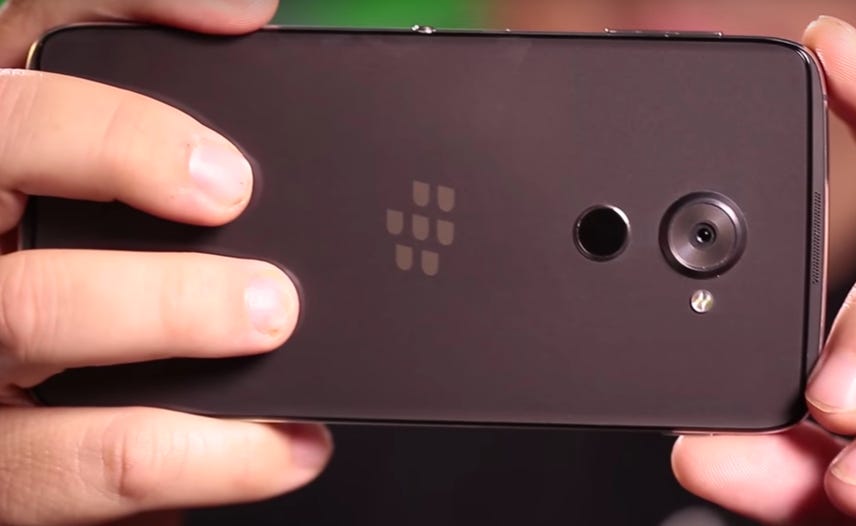 How will BlackBerry grow

When you ponder the revenue chart above it's fairly obvious that Wall Street analysts aren't expecting much growth from BlackBerry. Revenue is likely to tread water for the foreseeable future. Clearly, BlackBerry has a more stable business, but it remains to see what the growth prospects will be.

For BlackBerry to grow consistently it will need the following:

QNX traction everywhere. Macquarie analyst Gus Papageorgiou said that QNX controls about half the market for infotainment systems and yields about $1 to $1.50 per vehicle for BlackBerry. The company could ultimately make about $5 a vehicle with recurring revenue models. QNX's latest software development platform works with ARM, Intel and has 62 partners signed up for a beta. QNX can be positioned as an autonomous driving platform.

Radar. BlackBerry's Radar asset tracking system could find growth as companies invest heavily in the Internet of things. BlackBerry just won a deal with Trailer Wizards to cover 25,000 trailers and containers. Chen said the initial focus for Radar is to illustrate the proof of concept and then win deals. Chen said Radar will become material to BlackBerry's results in the near future.

Papageorgiou said the rewards may finally outweigh the risks for BlackBerry.

The company appears to be emerging from its transition that has taken far too long. However, the money losing hardware business is gone, the revenue headwinds from the declining smartphone and service businesses are all but past, and the operations have been stabilized. In addition, we believe both Radar and QNX have strong potential to deliver highly profitable, IoT, recurring service revenues. The market opportunities for both are large and BlackBerry does not need to command a large share of the market for it to be material to its operations.