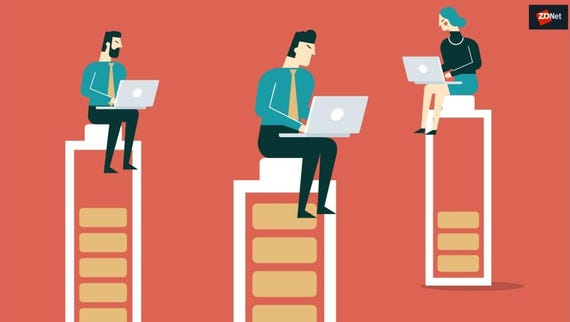 So, how fast can you spend over $75,000 on a workstation? Well, the controversy over the price of Apple's new Mac Pro got me wondering just how much an ultra high-end Windows 10-based workstation would set you back.

If you're sensitive to big price tags, you might want to take a seat before reading any further.

Also: Deconstructing the base Mac Pro: Why is it so expensive?

Titan Computers is a US-based manufacturer of workstations and servers, and its online store allows you to build monster systems that can handle pretty much any task you can throw at them.

For this experiment I started with a Titan X650, a Xeon-based workstation that has a starting price of $12,350. And for that you get a very impressive spec indeed:

OK, that's pretty cool, but we can do better. 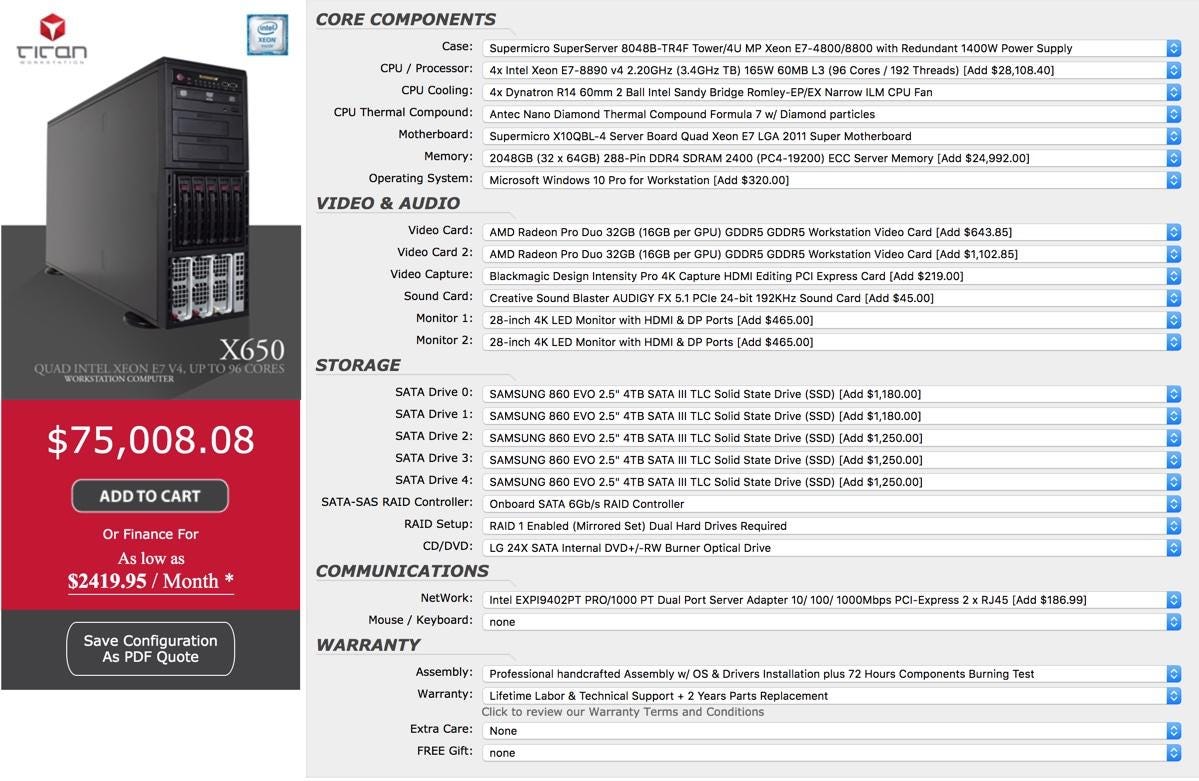 That's an impressive workstation. I could have put in a more expensive Nvidia TITAN V Volta GPU as the secondary card. But I decided to be restrained.

I actually managed to configure an even more expensive system on the site. I took at W599 Octane workstation up to $93,000 by essentially fitting it with expensive -- but very fast -- storage.

It's not hard to spend tens of thousands of dollars on a high-end workstation, whether it runs macOS or Windows.

How expensive do you think the highest-spec Mac Pro will be? Let me know below!