Can a smarter app get you out of your car and onto a train instead?

Don't trust that bus or train to get you there on time? Real-time data could help shift commuters towards more sustainable travel options.
Written by Mark Samuels on April 2, 2019 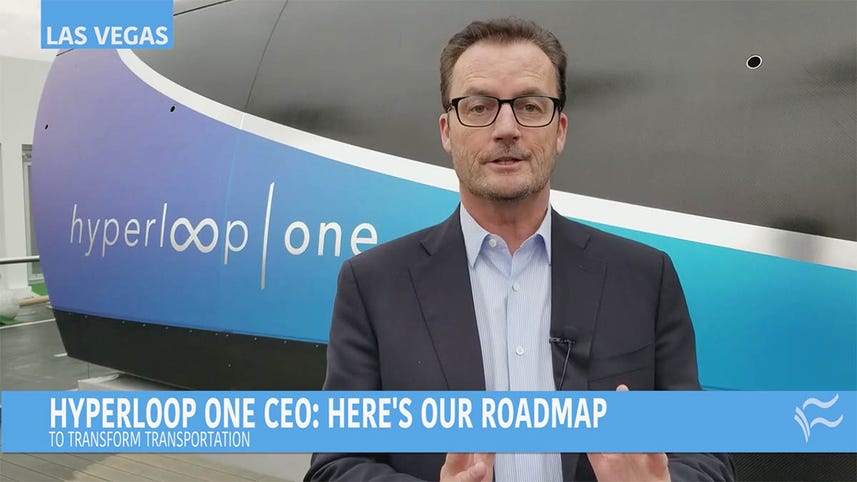 Sustainability should be a priority for everyone, yet many of us remain wedded to lifestyle choices that put our particular journey first and the quality of our environment second.

"Humans are very short-term thinkers – we see the pain of not being able to get into our cars as opposed to the potential health benefits. We have to break from our default mode of thinking and consider alternative forms of transport," says Ian Wright, head of innovation and partnerships at independent watchdog Transport Focus.

Transport is the sector most responsible for the UK's greenhouse gas emissions, predominantly due to road transport and passenger cars. Clare Gilmartin, chief executive of train and coach tickets and times service Trainline, is concerned the situation is fast-reaching a breaking point.

"Urban populations are set to be grow by 20 percent over the next 30 years. If we do nothing, things will only get worse, not better. But at the same time as urban populations are growing, there are disincentives to owning and running a car – average car speeds in urban areas are often below 10mph, congestion charges are going up globally and car-parking fees are increasing, too," she says.

Evidence suggests transportation emissions in the UK must fall 44 per cent through 2030 in order to meet long-term carbon-reduction targets, according to the Committee on Climate Change. Getting more people off roads and into public transport is an imperative if these targets are to be met.

Trainline's research suggests 65 per cent of UK residents would be willing to adapt journeys to benefit the environment. At the same time, however, Gilmartin says trains in and out of major cities in the UK only run at about 50 percent capacity utilisation.

The often high cost of individual train journeys, plus the simple ease of getting into your car and driving off, are going to be significant factors that stop commuters switching, but a lack of information about travel options is another factor.

"What's held people back from using public transport in the past is that they haven't had free access to information," says Gilmartin. "It's been tough to find out rail prices, especially given that 70 percent of rail is still bought offline. There's a large amount of friction associated to the process – and that's where technology can help."

Gilmartin says real-time travel information held by firms like Trainline is the key to sponsoring a change in citizen behaviour. Consumers who are armed with data can make more informed choices about the forms of transport they use. She points to digital disruption in the taxi sector wrought by technology-led companies, such as Uber and Lyft.

"If you think of the increase in the use of mini cabs, an app was put into people's hands and, with one click, the existing friction went away. As a result, people could increase their use of taxis," she says. "Smart devices are very powerful because they allow much greater data transparency and produce much less friction when it comes to accessing real-time information about transport."

Gilmartin believes real-time data can have a similarly disruptive impact on public transport. Easy access to key data points, like pricing, arrival times and seat availability, can help prove to doubters that – when the price is right – trains and coaches really are a viable alternative to cars. And more people on public transport helps to reduce C02 emissions per passenger, says Gilmartin.

"Easy access to data through a smartphone increases transport utilisation," she says. "Part of why we expanded across 40 countries in Europe was to give people one app that gives them full access to 200-plus carriers. If you reduce the friction of a service, people use it more."

It's a sentiment that resonates with Trainline CTO Mark Holt. Since joining the organisation five years ago, Holt has led a cultural transformation that allows his 300-strong IT team to focus – first and foremost – on the development of services that produce what he refers to as a positive yield in terms of customer experience.

As well as e-ticketing, the Trainline app includes a range of features that exploit real-time data to keep passengers up to date. A price-prediction tool analyses historical trends and tells customers the most economical time to book tickets, while a rail-journey planner helps individuals find cheaper journeys.

BusyBot, meanwhile, crowdsources data from thousands of passengers about how crowded trains are and provides real-time information on seat availability. Such developments are helping Trainline customers make more than 172,000 smarter journeys daily.

Both Holt and Gilmartin believe the combined effect of these technology-enabled developments is to help prove the viability of public transport. Gilmartin says that process helps to "reduce the anxiety of customers". And once people have a great experience, they're more likely to be repeat customers – meaning the public could indeed start making a permanent switch from cars to trains and coaches.

So, while much of the media's attention is focused on the long-term impact of emerging technologies like autonomous vehicles and the Hyperloop, the near-term transformation of transportation is more likely to be shaped by the smart use of real-time data, helping to inform customers about cleaner, greener ways of getting around.

"Sustainability can be read in lots of different ways," says Holt. "I saw an expert on stage the other day talking about how driverless cars are the future of sustainability – but even on its best day right now, a car is three times more polluting per passenger per mile than a train. That's a very significant difference. We get all excited about new technology, but making the rail experience as frictionless as possible – saving the customers time, money and hassle – is crucial and can have a significant impact."

MORE ON SUSTAINABILITY AND THE FUTURE OF TRANSPORT

Deals
Can you get into college without the SAT or ACT? Updated for 2022-23