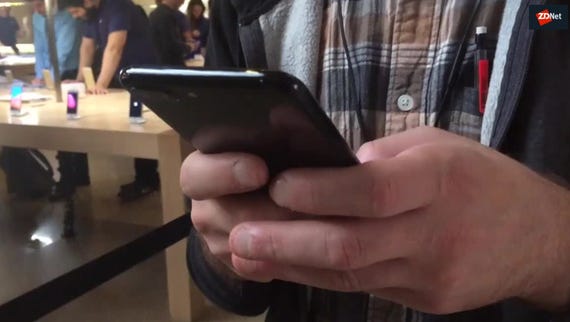 Apple's response to being caught throttling older iPhones -- something that conspiracy theorists have been accusing Apple of doing for years -- has been bad. Shockingly bad.

Let's begin right at the start. Who at Apple OK'd the idea of throttling older iPhones in the first place? Not only that, but they went a step further and decided not to tell anyone that iOS contained code that deliberately slowed down iPhones whose batteries were showing signs of wear.

To say that this was boneheaded is putting it mildly. While the geek in me thinks that the solution that Apple came up with for iPhones randomly restarting was a clever one, the way it was implemented, and the fact that it was kept a secret from users, leaves me shaking my head in disbelief. How no one at Apple thought that this would not come to light, and that the revelation would later snowball into lawsuits and Senate committee probes is just beyond me.

I also find it hard to believe that a step as drastic as inserting code into the iOS platform wouldn't need to get a green light from those at the highest echelons of Apple, which raises questions about the executive's fitness to lead the company into the future.

But mistakes happen. Even at Apple. Most mistakes are remembered not for the mistake itself but for how it was handled. And if Apple deciding that it would be OK to slow down older iPhones was bad, how the company has dealt with the fallout has been nothing short of shambolic.

Apple's "apology" was far from being an apology. In fact, I rolled my eyes so far and so fast when I read it that I think I sprained them. Not only was it not specifically signed by any of Apple's executives, which given the severity of the situation I would have expected, but the tone was more defiant than apologetic, and reminiscent of how the company responded to the Antennagate issue in 2010.

Rather than saying sorry, it feels as though Apple is lecturing users about how it knows best, and that pushing out updates that quietly hobbled devices was the right thing to do.

Then there's the "solution" that Apple proposed to the problem: The $29 battery replacement. Not only did Apple not consider how users might determine whether they needed to spend the money on having their iPhone's battery replaced, but no consideration was given to those who had become frustrated by their iPhones and consigned it back to Mother Earth Gaia for recycling.

This entire issue, from whatever process Apple has for determining what goes into iOS to the response, is a worrying sign that the Cupertino giant is chaotic, muddled, and disorganized. The fact that no one from Apple has come forward to take charge of this situation is frankly unbelievable, and the fact that Apple seems to be just hunkering down and hoping that this problem goes away are major red flags.

Apple needs to take charge of this situation as soon as possible. Otherwise this is something that we're going to be talking about for years, and it's an issue that's going to haunt Apple each and every time it releases new software. Trust in Apple is now shattered, and it feels like no one at the company cares.

Join Discussion for: Can Apple dig itself out of the 'iPhone throttling'...