Can this new BlaBlaLines carpool app make your daily commute easier and cheaper?

Car-sharing startup BlaBlaCar has come up with a new app for regular short journeys like commuting.
Written by Frances Marcellin on Feb. 7, 2018 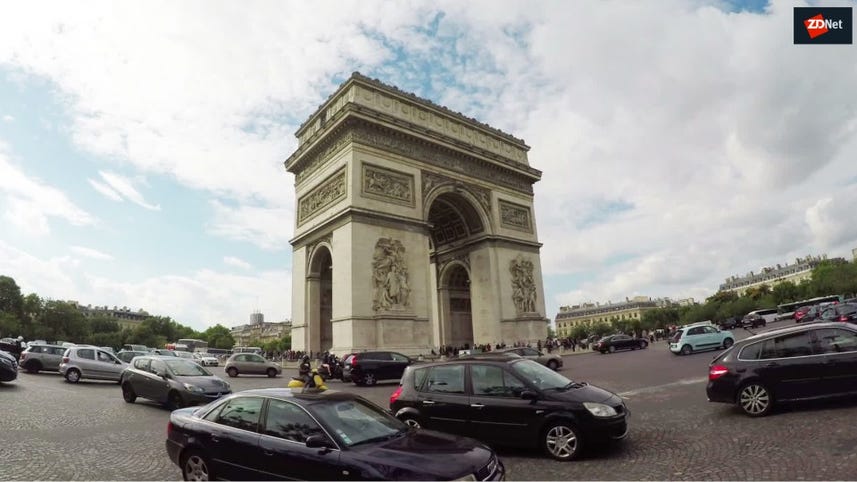 The idea to create car-sharing phenomenon BlaBlaCar came to founder Frédéric Mazzella during the 2003 Christmas holidays.

He was trying to get home to his family in France. But without a car and with trains at capacity, he had to ask his sister to drive him. On the journey, he noticed just how many cars had only a driver and empty seats, and realized that carpooling could transform long-distance travel in France.

In 2015, BlaBlaCar was valued at $1.6bn, achieving coveted unicorn status, and today it has 45 million members with the average trip distance at 300km or 186 miles.

But while BlaBlaCar's sharing-economy service is accelerating in countries such as Russia and Brazil, growth has reportedly slowed in France. At the same time user demand has been increasing for car sharing over shorter distances, but the product wasn't designed for that.

So, in September 2017, following the creation of a new app and trials, the company diversified and introduced sister app BlaBlaLines, a car-sharing service for regular journeys on the same "line", such as the daily commute, of around 30km or 19 miles.

Building a new app was essential for an optimized user platform, but the team says it took a big risk because it completely changes the BlaBlaCar user experience.

While BlaBlaCar members see a list of drivers, choose their ideal one and hope the driver will accept, for the daily-usage version the process has been automated.

"Drivers tell us where they live, work and their weekly planning, and we propose passengers to them on their routes," says Simon Berger-Perrin, ‎head of BlaBlaLines. "We didn't know if this would be accepted by the community, but it's worked well."

Download now: IT leader's guide to the future of autonomous vehicles

Gabriel Plassat is a Nice-based urban mobility expert and co-founder of FabMob.io, a global accelerator for the mobility ecosystem and a champion of open resources. He believes that diversification with BlaBlaLines is needed to address the daily commute, "which is a bigger market with more and more competitors".

Unlike the BlaBlaCar system for longer trips, on BlaBlaLines' short journeys the first driver to respond is the one the user is automatically assigned to.

BlaBlaLines' Berger-Perrin says: "You don't have to spend five hours with the best car-pooler who has same passions you have. It's more important they have the same hours."

Successful trials ran on two routes: Reims to Châlons-en-Champagne and Toulouse to Montauban, and were only available on Android at first.

With 2,000 round trips clocked up on the Reims route and 5,000 on the Toulouse one, the company released an iOS version as the service was extended to all routes in the cities. It then launched in the Île-de-France and Paris, which is now one of the top 10 most congested cities in the world.

"We want to see if the service is used on a high frequency. We keep improving the product, and over the past four months every new member has used the service more than the month before."

Berger-Perrin says there is a "huge roadmap" for the app, with live tracking, ratings and online payments, among other features, to be rolled out, and there are plans for a country-wide deployment within the not-too-distant future.

Some media reports have suggested that BlaBlaLines is moving into Uber territory, although it does depend on users being happy to get to the pick-up point, rather than a driver coming to them.

Berger-Perrin also agrees that the real competition is other car-sharing services. "We don't consider ourselves to be a competitor of Uber. It's not our concern or focus at all," he says.

"There's a big difference. First of all, we're a carpooling system, so people who drive their car and want to share their ride. Uber is inside Paris mostly, for journeys of less than 10km. We're really helping people to go to work every day."

Yet both companies thrive off relieving the congested city of vehicles and the over-burdened public transportation systems, which, according to a report from France's Urban Development institute, sees Parisian's spend 92 minutes a day on public transport, or 23 days a year.

The lower cost of car sharing compared with fuel costs and public transport is also a huge attraction, especially to students and Millennials.

"How can we succeed in putting at least two people in each vehicle? The market is worldwide, and many cities are looking for such solutions."

For now BlaBlaLines' focus is on improving the customer experience and responding to cities across the country. "We had a person who, in less than a month, had used it 26 times already, so it's working, and some people get hooked on it," he says.

"Lots of cities are interested as they want to reduce traffic. We've a large community in different countries in Europe, so as soon as we believe the product is finished, we'll roll it out."

Total ban on smartphones in schools: Should others follow France's lead?

The next 30 years will result in 2 billion more people on the planet, and some will live in super cities. Connected cars and ridesharing will be among the methods used for transportation.

If you think Google Maps is the best navigation app for Android, you haven't seen the competition.