I was bemused recently when I wrote a story about essential Linux server commands only to have people complain about my covering older init and run-level technology instead of the controversial but popular systemd. This newer way of booting Linux systems became popular in 2015. Unfortunately, some readers fail to understand that a feature that's been deployed for two years means nothing for server operating system lifespans.

Take, for example, the five-year-old Ubuntu 12.04. Canonical, Ubuntu's parent company, has just announced that this version of Ubuntu will be given extended security support.

Ubuntu 12.04 was the first long-term support (LTS) version of Ubuntu with five years of support. Like all Ubuntu LTS releases -- Ubuntu 14.04 and Ubuntu 16.04 are the others -- it had five years of support. However, people don't replace server operating systems as often as they do, say, socks or smartphones, so Canonical found they had enough 12.04 legacy users to justify offering "important security fixes for the kernel and the most essential user space packages".

And, speaking as a former server administrator, you really, really don't want to mess with a working server farm unless you absolutely must. Users, especially management, do not take kindly to IT failures caused by fundamental system upgrades.

Dustin Kirkland, Canonical's head of Ubuntu strategy, would love it if people were to upgrade to a newer enterprise edition of Ubuntu. "All Ubuntu 12.04 LTS users are encouraged to upgrade to Ubuntu 14.04 LTS or Ubuntu 16.04 LTS," he blogged. "But for those who cannot upgrade immediately, Ubuntu 12.04 ESM updates will help ensure the ongoing security and integrity of Ubuntu 12.04 systems."

But, if you can't update before Ubuntu 12.04's LTS period ends on Friday, April 28, 2017, you can purchase an Ubuntu 12.04 Extended Security Maintenance (ESM) license. Unlike the newer versions of Ubuntu, these updates won't be free.

Instead, Ubuntu 12.04 patches will be available only through the Ubuntu Advantage support plan. Prices start at $150 per year per server and $250 per year with a minimum of 10 virtual servers. The latter plan includes work week online and phone technical support. There's also a desktop plan, which will run you $150 per year per desktop with a minimum order of 50 desktops. These updates will be delivered in a secure, private archive available only to customers on a per-node basis.

ESM subscriptions will last for at least twelve months, and the program could well be extended for longer. As Kirkland explained in an e-mail, "While we have persuaded the vast majority of Ubuntu 12.04 users toupgrade, we're still seeing well over 10 million unique requests for updates per day to security.ubuntu.com by Ubuntu 12.04 users. Given the sheer scale of corporate, production workloads tightly-coupled to Ubuntu 12.04, it's inevitable that we'll reevaluate Ubuntu12.04 ESM by the end of 2017."

Which would you rather do? Pay for extended support or bite the bullet and update your Ubuntu servers? The choice is yours. 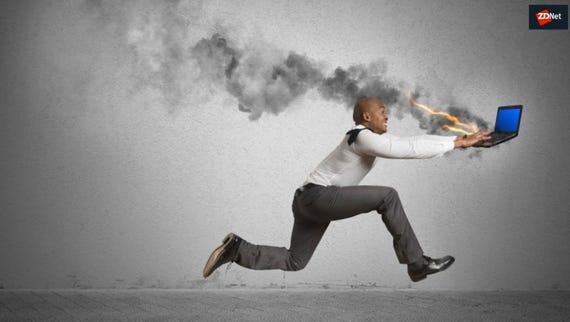