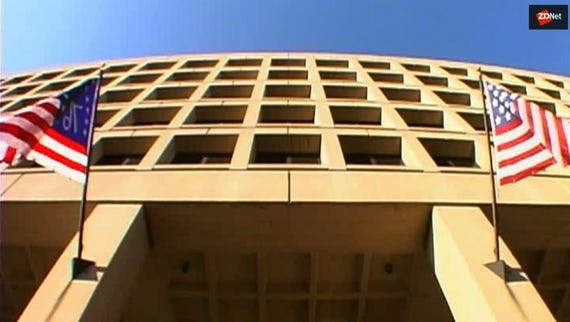 The chief executive of cyber fraud prevention company NS8 has been arrested and charged for defrauding the firm's own investors.

Adam Rogas was arrested in Las Vegas, Nevada, the US Department of Justice (DoJ) and US Securities and Exchange Commission (SEC) said on Thursday.

The 43-year-old is the co-founder and CEO of startup NS8, an organization that touts an intelligence-driven platform for detecting fraud. However, according to US prosecutors, fraud has been taking place at the top level for some time.

Rogas allegedly fabricated financial data and statements to make it appear that the company was generating substantial revenue from its clients. As the former CEO had access over a bank account used to deposit customer payments, he was able to tamper with bank statements before they were sent to the NS8 financial department for processing.

Together with spreadsheet manipulation, Rogas added "tens of millions of dollars in both customer revenue and bank balances that did not exist," the DoJ says, from January 2019 to February 2020.

It is estimated that between 40% and 95% of assets shown on these statements were fake -- such as the inclusion of over $40 million in fictitious revenue -- and it was these fraudulent statements that were shown to investors.

Faced with a seemingly promising startup enjoying high levels of revenue, investors were then lured to part with roughly $123 million during at least two securities offerings. A subsequent tender offer ensured that Rogas personally pocketed $17.5 million.

"During the fundraising process, Rogas also provided the falsified bank records he had created to auditors who were conducting due diligence on behalf of potential investors," prosecutors say.

An investigation by the FBI led to the former CEO's arrest. Rogas is now being charged with securities fraud, fraud in the offer and sale of securities, and wire fraud in Manhattan federal court. Securities and wire fraud charges can lead to up to 20 years in prison, while fraud in security sales and offers carries up to a five-year penalty.

The SEC has also filed an emergency action, seeking an asset freeze, injunctions, and financial penalties.

"It seems ironic that the co-founder of a company designed to prevent online fraud would engage in fraudulent activity himself, but today that's exactly what we allege Adam Rogas did," FBI Assistant Director William Sweeney commented. "Rogas allegedly raised millions of dollars from investors based on fictitious financial affirmations, and in the end, walked away with nearly $17.5 million worth of that money."

In a statement, NS8 said the company is "cooperating fully with federal investigators."

The ramifications of the arrest are immediate and may impact the startup's operations going forward.

"The NS8 board of directors has learned that much of the company's revenue and customer information had been fabricated by Mr. Rogas," NS8 said. "These events created significant cash flow issues for the company and required a significant downsizing impacting all of its employees. The remaining NS8 leadership and board of directors are working to determine financial options for the company and its stakeholders going forward."