Full Bio
on April 29, 2020 | Topic: Coronavirus: Business and technology in a pandemic 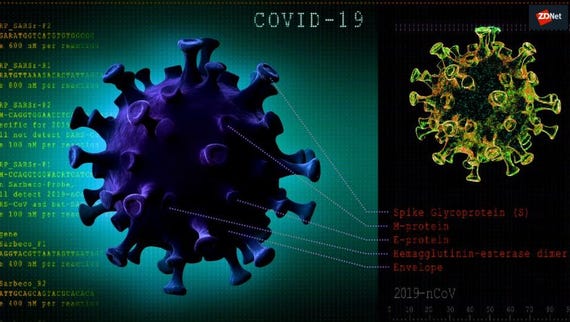 CERN, the European Organization for Nuclear Research, is contributing 10,000 computer cores to Folding@home, the project that's using distributed computing power to simulate the dynamics of proteins in the coronavirus behind COVID-19.

CERN's contribution represents a significant portion of the research group's data center, which has 230,000 processor cores and 15,000 servers running 24 hours a day.

Folding@home allows anyone to install a client on a PC to contribute CPU power to the project. Microsoft last month released a PowerShell script for Windows 10 users to run the Folding@home client within the safety of Windows Sandbox.

CERN, where Sir Tim Berners Lee hatched the World Wide Web, is no stranger to distributed computing. The research agency also has its own volunteer computing platform for the Large Hadron Collider (LHC), LHC@home.

However, the new 10,000 cores it is contributing represents only a third of the "work units" CERN has completed for the Folding@home project, with the remainder coming from LHC computing sites. CERN is now the 87th top contributor to the project.

The cores that CERN has contributed come from data-center machines that were due to be retired, according to Jan van Eldik, leader of the Resource Provisioning section within the CERN IT department's Compute and Monitoring group.

CERN offers an explanation for why the Folding@home project's work is worth contributing to and how its computer simulations are valuable to the discovery of a treatment or vaccine.

"Like other viruses, the virus responsible for COVID-19 has proteins that are used to suppress hosts' immune systems, as well as proteins for self-replication. Folding@home is supporting work to better understand these proteins, which is an important first step towards developing new drugs that could inhibit their function, thus stopping the virus," CERN said.

"While many methods exist for determining protein structures in the lab, these approaches reveal the shape at one given point in time. Computer simulations thus have an important role to play in determining how the three-dimensional structure of proteins can change over time. In the case of viral proteins, this can reveal new sites where drugs can be used to attack the protein and stop its functioning."

Folding@home has gathered some serious computing power thanks to contributors, and estimates that it's now at 2.4 exaFLOPS, which amounts to 2.4 quintillion (or a billion billion) calculations per second.

"With our collective power, we are now at ~2.4 exaFLOPS (faster than the top 500 supercomputers combined). We complement supercomputers like IBM Summit, which runs short calculations using thousands of GPUs at once, by spreading longer calculations around the world in smaller chunks," Folding@home recently tweeted.

Like Apple, CERN is also throwing its production capacity behind efforts to boost the availability of protective visors. CERN last week said it was producing 200 protective visors per day and has new production lines coming online. So far it's produced 1,600 visors and is also producing sanitizer gel.