China tech spending to hit $273B amidst US trade war, slowing economy

Chinese businesses are projected to spend US$256.61 billion on tech this year and another US$272.84 billion in 2020, focusing their investments on transforming operations and improving efficiencies as they brace themselves for an uncertain geopolitical climate, says Forrester.
Written by Eileen Yu, Contributor on Jan. 22, 2019 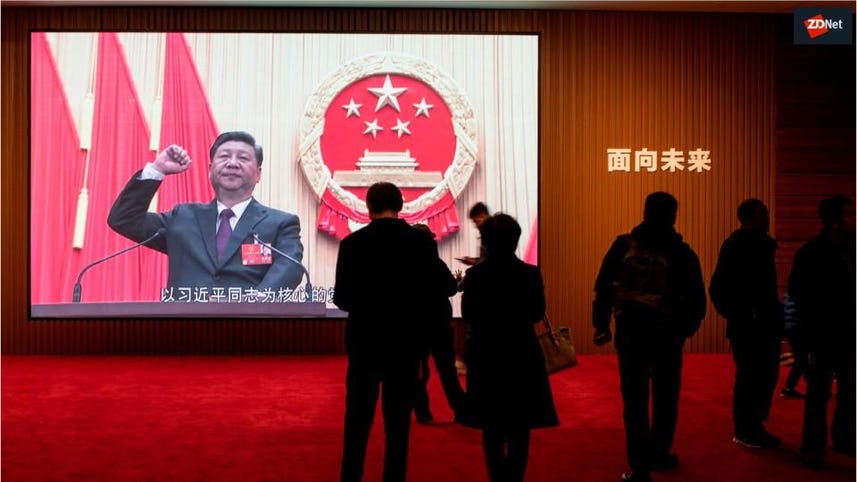 Chinese businesses will focus their technology budget on transforming operations and improving efficiencies as they brace themselves for an uncertain geopolitical climate and slowing local economy. This year, they are expected to spend 1.73 trillion yuan (US$256.61 billion) on technology purchases this year, up 4 percent in terms of the US dollar year-on-year, and another 1.843 trillion yuan (US$272.84 billion) in 2020, according to Forrester.

The research firm noted that the ongoing trade war with the US and a slowing local economy will drive China's technology decision makers across the different verticals to accelerate their digital transformation in "pragmatic ways". The tense geopolitical environment also will lead the Chinese government to reconsider some investments, as well as pushing technology vendors to revisit their research investments and go-to-market strategies, said Charlie Dai, Forrester's principal analyst for enterprise architecture.

"The trade clash with the US is pushing China to strategically prioritise domestic R&D innovation and accelerate developments in key areas, such as core chips and software, that provide the foundation for China's national economic and social development plan," Dai explained, adding that these initiatives would likely take years to materialise and drive government tech investment in the short to medium term.

Forrester said hardware investments would slow but remain dominant, fuelled by rapid adoption of digital services that has led to an almost doubling of mobile internet data traffic to 26.6 exabytes. This growing consumption will encourage Chinese telcos to continue investing in network infrastructure. China Mobile, for instance, has deployed 7,100 5G base stations in five cities, with plans to add another 12 cities by the end of 2018 and connect 300 million IoT (internet of Things) devices. All three local carriers have also revealed plans to launch commercial 5G networks by 2020.

In addition, the adoption of cloud services and hardware refresh cycles has been fuelling investments in data centre equipment and computers. The number of racks in large data centres grew 68 percent in 2017 and 463 new facilities had been planned or were under construction. These will drive spending on computer and communications equipment to US$65 billion and US$51 billion, respectively, this year.

They also will look to expand their public cloud deployment to their entire tech stack, said the research firm. It noted that all five leading cloud players grew by more than 100 percent last year, with Alibaba Cloud and JD.com launching or expanding their private cloud offerings.

These activities will drive outsourcing services growth by 12 percent this year, while tech consulting services will climb 8 percent, Forrester said.

In terms of software, robust spending here will be fuelled by demand for cloud, artificial intelligence (AI), IoT, and e-commerce. These four key areas helped the software sector grow 14 percent last year, according to the research firm.

"AI development is a national strategy in China, and both the government and digital firms are driving the rapid adoption of AI technologies from machine learning to computer vision," Dai said. "China [also] is rapidly embracing IoT in industries like telecommunications, manufacturing, and retail. We forecast a compound annual growth rate for of IoT in Asia-Pacific of 24.4 percent over the next five years."

The analyst added that e-commerce continues to grow exponentially in the country, with China seeing record sales of US$30.8 billion on Alibaba's Singles Day last year, up another 27 percent year-on-year.

Forrester said 58 percent of local companies have expressed plans to invest in AI and cognitive technologies this year, while 52 percent said they will look to improve their use of data and analytics, and 50 percent will increase their cloud adoption.

The majority of skilled AI and machine learning engineers globally work in the US, according to a Diffbot report.

Since the fourth quarter of 2018, many Chinese reports have suggested that major internet firms in the country are either scaling back or freezing hiring, or axing staff due to lukewarm growth and unfavourable prospects.

China's AI scientists teach a neural net to train itself

Researchers at China's Sun Yat-Sen University, with help from Chinese startup SenseTime, improved upon their own attempt to get a computer to discern human poses in images by adding a bit of self-supervised training. The work suggests continued efforts to limit the reliance on human labels and "ground truth" in AI.

Apple is encountering unprecedented difficulties in China as its cheaper iPhones, including the iPhone XR which was believed to primarily target the market, have failed to excite Chinese consumers.

The United States and China are discussing a visit to Washington by Vice Premier Liu He, China's top negotiator for higher level trade talks this month.

WeChat, the most popular messaging app among Chinese consumers, reports a milestone 1 billion daily active users by the end of 2018.