Gate-like checkpoints are being used to record biometrics and device digital fingerprints for Xinjiang residents.
Written by Catalin Cimpanu, Contributor on May 2, 2019 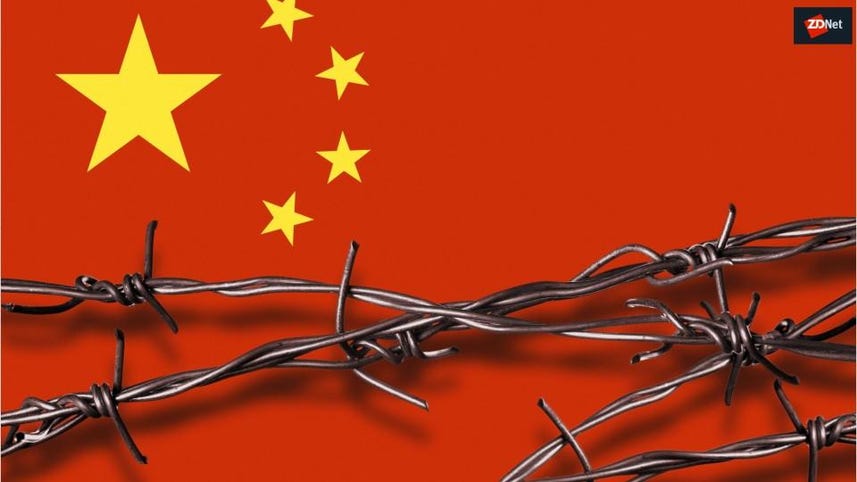 The Chinese government is using gate-like scanning systems to record biometric three-dimensional images, as well as smartphone fingerprints, of Muslims living in the country's Xinjiang province.

These devices are installed as security checkpoints at entries in government buildings and various public spaces, manned by police officers, and are part of the Chinese's government's ever-increasing mass surveillance apparatus deployed in the Xinjiang province.

Going by a technical name of "three-dimensional portrait and integrated data doors," these "data doors," as they are sometimes referred, are primarily used as another method of collecting data about the Muslim population, and track their movements.

According to a Human Rights Watch (HRW) report published today, data from these data doors is sent to the Integrated Joint Operations Platform (IJOP), a database that centralizes information from different sources, and one of the main systems Chinese authorities use for mass surveillance in Xinjiang.

But HRW says that locals are unaware of the real purpose of these data doors, which double as data collection points, besides being a security point, as residents are told.

"Unbeknownst to the person going through the checkpoints, these 'data doors' are detecting and collecting MAC addresses and IMEI numbers of the person's phones, and logging such data for identification and tracking purposes," HRW said today.

The data doors also appear to serve as an alternative data collection and user tracking system, on top of the local government's existing practice of forcing members of the Muslim minority to install a spyware app on their phones, named Jingwang (Citizen Safety), which Xinjiang officials began doing in mid-2017.

While the Jingwang app has more intrusive access to users' phones, the data doors serve as a secondary and broader tracking system for locals who either don't own a phone, possess secondary devices, have changed smartphones, or haven't yet been forced to install the app by local authorities.

According to HWR, the IJOP database where all this data is collected is also accompanied by a mobile application made available to local law enforcement. Xinjiang police can use the mobile app to set up alerts for whenever an individual goes through one of these data doors, for tracking certain suspects, detecting the location of suspects needed for interrogation, or an immediate arrest.

The HWR reverse-engineered this app and showed how "Xinjiang police are using illegally gathered information about people's completely lawful behavior - and using it against them."

Some of the "lawful behavior" that HRW investigators found logged in the IJOP database included details on the use of electricity and gas stations, if citizens are socializing with neighbors, if they avoid using the front door, donating to mosques, preaching the Quran without authorization, or using one of 51 applications (such s VPNs or encrypted IM apps).

The app also includes data fields that suggest the database collects information on far more than just the Muslim minority, in a dragnet-like fashion; however, many filters and fields show the local government's focus on this population group.

"Human Rights Watch found that the system and some of the region's checkpoints work together to form a series of invisible or virtual fences. People's freedom of movement is restricted to varying degrees depending on the level of threat authorities perceive they pose, determined by factors programmed into the system," the organization said today in a visual report detailing the IJOP app's features.

The data doors, the Jingwang (Citizen Safety) app, and the IJOP database and app are just some of the latest mass-surveillance tools that human rights organizations have found deployed inside China's Xinjiang region.

Previously, a security researcher found an open database that exposed a Chinese company's Muslim-tracking facial recognition database that aggregated data from CCTV and surveillance cameras to keep track of the location of Muslims across the Xinjiang region.

HWR investigators believe the IJOP database is one of the tools that Xinjiang officials are using to track and then select which members of the Muslim minority they send to re-education camps the government is running in the region --which some have described as forced labor camps.

Data Management
You.com is taking on Google with AI, apps, privacy, and personalization