A number of leading Chinese tech companies have started utilising green energy but the scale remains limited compared to foreign peers, according to a recently released paper.
Written by Cyrus Lee on Jan. 12, 2020 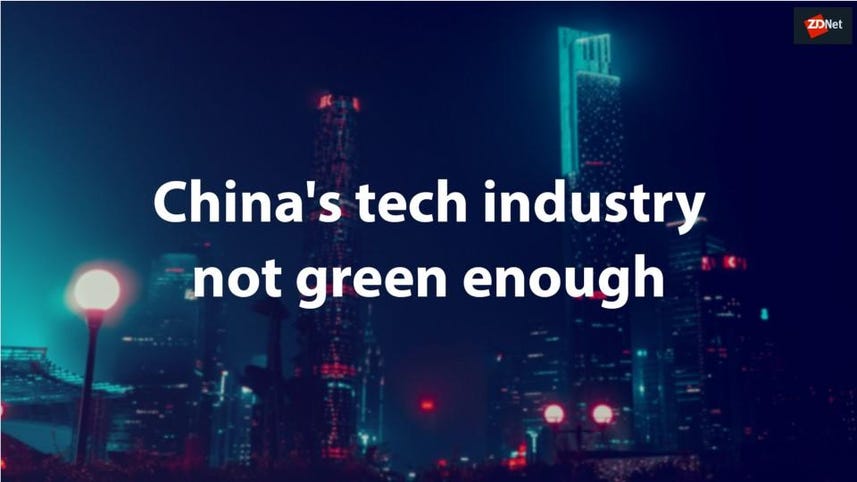 Chinese tech companies are expected to continue growing exponentially in the era of 5G, cloud computing, and internet of things, but their investment in green energy has lagged behind comparative to foreign competitors, according to a paper released by Greenpeace and North China Electric Power University.

Although China's electricity consumption from the data centre industry is forecast to expand by 66% between 2019 and 2023, coal remains the primary source for electricity, said the paper.

Many Chinese companies have also moved their data centre facilities to the Guizhou province, one of China's most impoverished provinces, to tap the area's cheaper electricity prices and cooler weather -- which they claim are crucial to keeping systems running smoothly.

Some big tech companies in China have started to put more effort into environmental protection however, as the research paper -- which assesses the renewable energy record of China's 15 biggest internet and independent data centre companies -- said about half of those analysed have begun to actively procure renewable energy on a limited scale. These 15 companies take up over 70% of China's public cloud market and over 85% of the independent data centre market

And while some companies like Alibaba and Baidu already use wind and solar power, others are only beginning to locate new data centres in or near areas with abundant renewable energy generation, according to the paper.

Shenzhen-based Tencent has made the most progress in being transparent, having disclosed its energy consumption statistics for data centres constructed over the last four years in China, while Chindata became the first China-based data centre operator to set a target to fully adopt green energy. Meanwhile, Huawei is the only company surveyed that has set a greenhouse emissions target.

Despite some progress seen among these Chinese tech firms, the paper said China's overall market still lags behind as 16 internet companies had already set 100% renewable energy targets by the end of 2017.

The paper suggests all internet companies and data centre operators should set targets for 100% renewable energy usage, and recommended for all companies involved to actively disclose energy use data and greenhouse gas emissions.

The Chinese government has invested massively in recent years to improve the environment as several cities, especially in the north, were once named the world's most polluted places.

China's renewable energy currently accounts for around 39% of total power capacity, the government said in a release last year.