Chromebooks are the little laptops that could. They are relatively inexpensive and have capabilities that can work for a wide range of companies and consumers.

That's if they are given a chance. There are some common misconceptions about Chromebooks and Chrome OS that prevent many from trying them.

Google needs to work hard to address those misconceptions that deter prospective customers. Arguments against trying the Chromebook often include "facts" that in reality are not true.

The brave folks — those who set aside the primary misconceptions about the Chromebook and try them — often find them to be good investments. This is especially true given the low cost of many Chromebooks.

Those who consider trying the Chromebook have probably heard the arguments against them.

It's just a browser

Talk about Chrome OS and the first thing you'll likely hear is, "It's just a browser." Anyone who has been seriously using Chrome OS for a while understands that it’s much more than a browser.

Chrome OS used on Chromebooks is lighter than the major platforms, Windows and OS X, but it has many of the traits like the others.

Chrome has become a full platform, with extensions, system tools, and apps. Extensions are like the thousands of little utilities that have been around in the Windows and Mac worlds for years. They sit there ready to let the user do a particular task, no matter what application they might be using. They are easily invoked, performing a quick function. Once done, the user is back in the application.

Chrome web apps are more functional. They work just like apps on any platform, and can be very sophisticated. Users fire them up and use them in the way that makes the most sense.

Chrome OS is much more than a browser.

It's not a real OS

This is a common complaint about Chrome OS, and it's not true. While the Chrome browser is a platform in its own right, Chrome OS is more so. Chrome OS used on Chromebooks is lighter than the major platforms, Windows and OS X, but it has many traits similar to the others.

Chrome OS has a full file manager, complete with tight integration to the cloud. Google Drive is built right into Chrome OS, with seamless operation. There is also a task manager, allowing users to keep on top of all running applications when necessary, although it rarely is. The task bar and launcher put all of the needed apps front and center. Run an app regularly? Just pin it to the task bar. This should sound familiar to Windows and Mac users.

While it's possible to run apps in a browser tab, Chrome OS fully supports windowed operation. Users who prefer having each app in a resizable window can do so in Chrome. Just move the windows around and size them to suit. 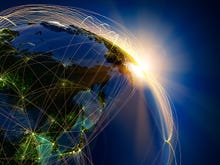 That's the way Windows used to work, if you recall. Now modern apps run full screen, kind of like in a browser tab although not as flexible. Full support of windowed apps is coming back in Windows 10, so Chrome's advantage in this regard is short-lived.

Very little support is required for Chrome OS given its browser base. Things work in a familiar way and OS updates roll out regularly in the background, requiring no work for those who support it.

Updates don't cause things (apps) to break, an all too common occurrence with other platforms. That's another support effort and time sink that you won't have with Chrome OS.

Chrome OS is very secure, which should be appreciated by IT departments. There is no patch Tuesday and the potential headaches that can cause. Security updates are rolled into the occasional Chrome OS updates, downloaded in the background. This automated handling of updates really shines.

Chrome OS offers apps, a file manager, task manager, and task bar, which makes it much more than just a browser. Chrome OS is a full OS, and consumers and those in the enterprise should remember this.

There are no apps

While true that Chrome OS doesn’t have the big selection of apps as other platforms, it has more than many people realize, and it’s getting better all the time with support from major players like Cisco and Adobe . There are good apps for both consumers and for companies.

Early adopters of Windows 8 dealt with a lack of apps (which has improved greatly over time), but were able to deal with this to a great degree by running web versions.

It’s easy to forget about the Chrome Web Store, but it’s there just like those other platforms. It’s getting more apps all the time.

Often there are web alternatives for apps that don’t exist on Chrome OS, so there’s rarely an inability to do a certain function. Early adopters of Windows 8 dealt with a lack of apps (which has improved greatly over time), but were able to compensate for this to a great degree by running web versions of the missing apps.

It’s the same for the Chromebook. Chrome OS is “just a browser”, after all.

Without connectivity, Chromebooks are just bricks

No. Google and third-party developers have extended the ability to run many web apps when offline, just like they do on the other platforms. In a short while, all Chrome web apps will run offline , and finally this misconception will be put to rest. Until then, many apps already work just fine offline.

The fact is, rarely is anyone's computer offline no matter what OS it runs. Even when it happens, some applications on any platform won’t work anyway. The difference between these offline dead apps and those on Chrome is that Google is actively addressing the situation. It’s worth stating again: Google is forcing developers to make all apps work offline. Even until this happens, it’s not as bad as people think. 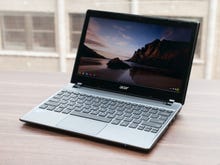 That’s a common reaction, but many people change their minds once they try the Chromebook, something I've learned from corresponding with hundreds of people about Chromebooks. It handles everything many need to do, and is pain free.

Like any platform, there will be those who don’t like them, but quite a few folks may be surprised to find that they not only like them, but want to use them over other options.

Jump over the hurdle

The common misconceptions about the Chromebook and the OS that drives it must be overcome for many to discover it is adequate for their needs. Some folks have a negative knee-jerk reaction to the Chromebook, but getting past this could be as simple as trying one.

This is not a recommendation to convert from other platforms. Everyone should use what works best for them. Chromebooks are not as full featured as laptops running other platforms, but that’s not the point. They are better than most people think.

Keep an open mind about the Chromebook and actually try one. It doesn’t take long to realize it's pretty darn useful and has some advantages over the big OSes. Many individuals and businesses should look past the misconceptions and give them a try.