CIO Jury: Only half of CIOs say cloud vendors are living up to their expectations

Cloud vendors are providing ease of use and cost savings, but challenges remain.
Written by Alison DeNisco-Rayome, Contributor on July 1, 2019 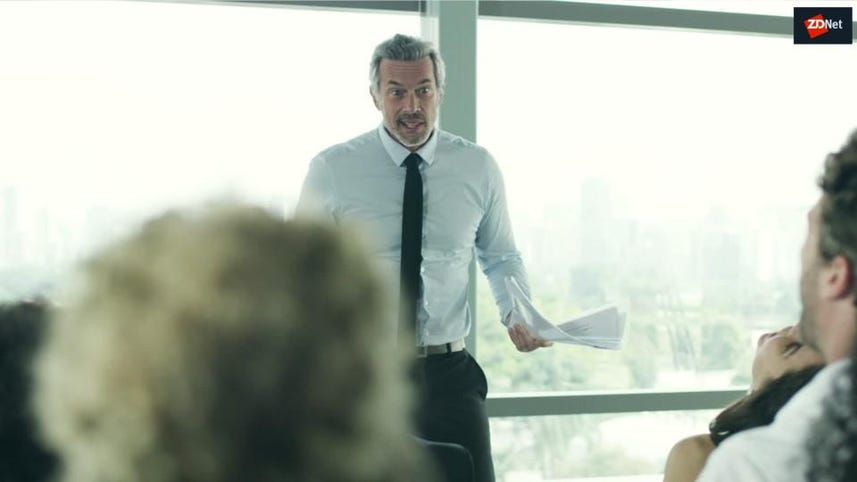 While many cloud providers promise increased flexibility, cost savings, and customization, tech professionals must carefully consider factors including security, visibility, and automation when choosing a cloud vendor. However, many IT professionals have reported discrepancies between cloud expectations and reality: Only one third said they achieved cloud expectations around cost, speed, business enablement, and service levels after migration, according to a recent Accenture report.

We polled the TechRepublic CIO Jury to determine whether or not senior IT leaders were seeing expected results from cloud deployments. When asked, "Are your cloud vendors living up to your expectations (in terms of things like ROI, ease of implementation, etc.)?" six tech leaders said yes, while six said no.

"I am happy with our cloud vendors," said John C. Gracyalny, vice president of digital member services at Coast Central Credit Union. "Due to our geographical location, we sometimes have telecommunications challenges, but I have always found what I consider to be the 'Tier 1' vendors such as AWS, Azure and Google to be very solid and reliable partners. It would be very difficult to do business without them."

For the Texas General Land Office, cloud solutions have typically been easy to implement and included a number of different features, said CIO Cory Wilburn. However, "costs have been higher than we anticipated," Wilburn added. "That said, cost is not the only reason to use a cloud service, there are many factors to consider. We see cloud as a strategic enabler, another tool in our toolkit."

The pace of innovation and ease of deployment has made AWS a positive choice for Keeper Security, according to CTO and co-founder Craig Lurey.

An organization's cloud experience often varies depending upon the vendor, said Dan Gallivan, director of information technology at Payette. The major players like Microsoft are developing very user-friendly cloud services ranging in scale from SMB to the enterprise for reasonable costs, he added.

However, "I think it will be tough for private cloud to remain competitive with pricing and will need to focus on experience and management to be relevant," Gallivan said. "ROI has been attractive as capital expense keeps dropping, operating expenses fluctuate with the business but in a fairly predictable model."

Concerns remain with the cloud when it comes to privacy and GDPR compliance, said Kris Seeburn, an independent IT consultant.

"It will take another set of years before we can really see ROI," Seeburn said. "[Cloud] diminishes the cost of not having [as much] IT, but it also means we do need many IUT [Implementation Under Test] pros to handle the security and the changes. We have to compare the reality of all the costs together--it is not just migrating to the cloud."

It's possible that coming 5G networks will make a difference, he added.

Several IT leaders said their cloud vendors were not meeting their expectations -- but "that doesn't mean were are not finding high value cloud services or providers though," said Jerry Justice, CIO of Benesch, Friedlander, Coplan & Aronoff LLP. "One misperception is that cloud is simple and just you connect to it -- it is not. Like premises-based services it is a complex ecosystem that is ever-evolving (faster, hopefully). It takes ongoing diligence to get it right, from governance, data security and minimizing silos to proper integration strategy. The goal with cloud is that you have less of a 'nuts and bolts' delivery model, more of a value-based orchestrated model."

While cloud vendors continue to make leveraging their services easier, the challenge comes in when trying to stitch together multiple vendors to deliver one integrated solution, said Derek Knudsen, CTO at Alteryx.

"Most of our vendors have varying levels of maturity in aspects of their service catalogs, which results in us having to use our own integration skills to create the most complete solution," Knudsen said. "This spans not only the Amazons and Microsofts of the world, but the Salesforces, Workdays, and NetSuites as well, which means we will need to be in the integration game for the foreseeable future."

While VectorCSP has found value in the Microsoft Azure directory, challenges remain, said director of IT services David Wilson. "New 'features' are rolled out without thought to the necessary stability in their clients' workforce, and updates have caused general lack of access to critical data more than once, leading us to a hybrid system where everything and anything important is kept on local servers and backed up to an entirely different system," Wilson said.

Eric Shashoua, CEO of Kiwi for Gmail and Kiwi for G Suite, said his firm has taken a multicloud approach specifically because the different cloud providers vary extensively on quality, price, and types of services offered.

"Each of the services we use has been majorly inadequate in some way, causing us to have to use one of their competitors to shore them up where they're weak," Shashoua said.