Full Bio
Posted in Between the Lines on March 2, 2021 | Topic: Collaboration

Cisco on Tuesday announced a free trial of real-time translation for Webex, its fast-growing videoconferencing platform. The feature, available in preview this month and generally available in May, will translate spoken English into captions in any one of more than 100 languages. 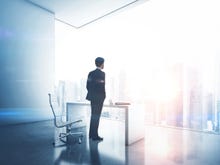 Flexible working: How to help your company make the shift

​Workers are always on but not always present, which can be a challenge for bosses.

Real-time translation in so many languages will help create "a level playing field for users regardless of factors like language or geography," Jeetu Patel, SVP and GM Security and Applications for Cisco, said in a statement. "Enabling global Real Time Translations is another step toward powering an Inclusive Future, and an important component of driving better communication and collaboration across teams."

Cisco noted that the feature could be a clear money-saver for organizations, citing a recent report from Metrigy on intelligent virtual assistants that found that nearly 24 percent of participants have meetings that include non-English native speakers. Of those participants, more than half have been using third-party services to translate meetings into other languages, incurring an average cost of $172 per meeting.

Webex, like other video conferencing and cloud collaboration tools, has reported major jumps in usage since the Covid-19 pandemic started, driving remote work. Earlier this month, when it released its second quarter financial results, Cisco reported that Webex saw double-digit revenue growth in the quarter. The platform has nearly  600 million quarterly average users and connects more than 6 billion calls every month globally.

"We are bringing incredible innovation to the collaboration market at an unprecedented pace," CEO Chuck Robbins during a Q2 earnings conference call.

Back in December, Cisco debuted a revamped Webex experience that combines calling, meetings and messaging into one app via Webex Teams. The revamped platform also added capabilities on the meetings side like automatic noise cancellation, searchable transcriptions and closed captioning. All told, Cisco debuted more than 50 Webex product updates and teased upcoming features like gesture recognition.