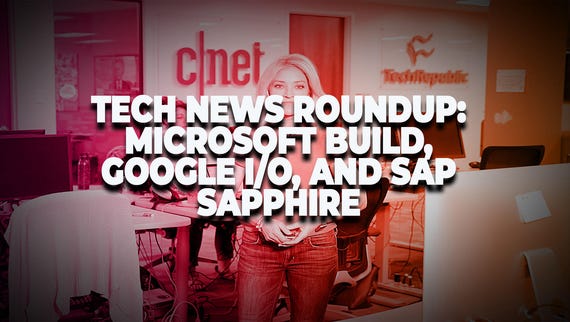 Citrix Systems is holding its annual Synergy conference in Atlanta this week and is marking the event with a slew of product and partnership announcements. Among the key updates is news that Citrix is expanding its partnerships with Google and Microsoft and also rolling out new intelligent capabilities to its digital workplace portfolio.

Citrix is largely known for its Workspace Suite, which includes its server and desktop and application virtualization products XenApp, XenDesktop, and XenServer, along with XenMobile mobile-device management tools, ShareFile Enterprise file sync and sharing, and networking. Its 2018, the company's annual revenue stood at $2.97 billion.

On the partnership front, Citrix is deepening its long-running integrations with Google and Microsoft. With Google, Citrix is collaborating with the tech giant on a new product called Citrix Workspace with Machine Creation Services on Google Cloud. The primary function of the product is to extend the Citrix Workspace to Google Cloud, making it easier for admins to deliver apps to Google devices and operating systems hosted on Google Cloud's infrastructure.

The companies also revealed plans for interoperability between Citrix and Google's Cloud Identity, which will let customers log into a Citrix Workspace using G Suite credentials. Citrix is also integrating with identity and access management providers including Okta, Ping and Radius for this service. Another upcoming Google integration will enable companies to automatically notify employees about events from their Google calendars through personalized feeds within the Citrix Workspace.

As for its nearly three-decade long partnership with Microsoft, Citrix announced a new desktops-as-a-service (DaaS) product called Citrix Managed Desktops for Microsoft Azure. The service is designed to simplify the delivery of Windows apps and desktops from Azure to devices. The turnkey cloud service is intended for SMBs and lower mid-market businesses with a phased rollout planned for Q2 2019.

The companies also announced plans to deliver real-time optimization for Microsoft Teams for Citrix virtual desktop infrastructure, offering users a native and fully featured Teams experience within Citrix Virtual Apps and Desktops that include the optimization code for Teams VDI. The companies are also integrating Citrix Workspace with Teams.