Why are more CIOs putting on-demand computing at the top of their to-do list?
Written by Mark Samuels, Freelance Business Journalist on Sept. 6, 2018 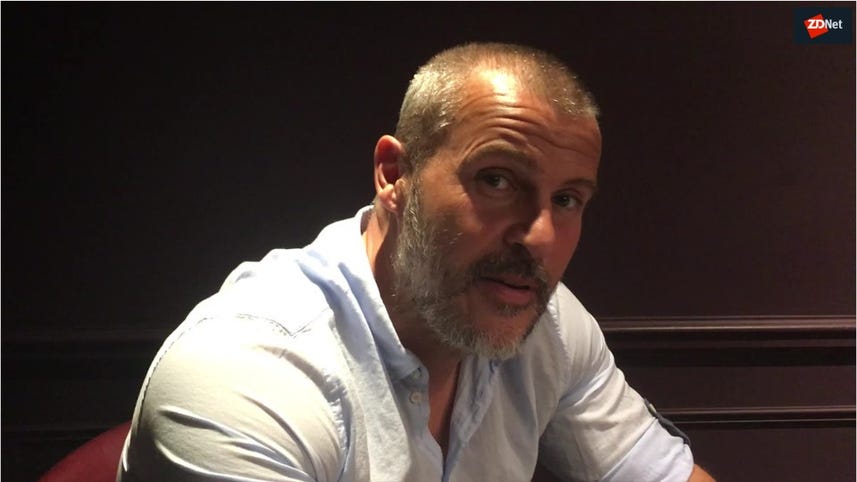 CIOs are increasingly confident using a cloud-first strategy. Analyst Gartner says global spending on public cloud services will grow 21.4 percent through 2018 to total $186.4 billion, up from $153.5 billion in 2017. So, why are digital leaders choosing to push as many services as possible on demand? Three CIOs explain their reasons for putting their faith in the cloud.

Gideon Kay, European CIO at Dentsu Aegis Network, says his firm has a corporate vision it will be a 100 per cent "digital economy business" by 2020. The business defines that aim as creating and delivering services digitally to clients who demand this form of provision. Kay says cloud will play a key role in that approach.

"My strategy on cloud adoption is that cloud is the default -- whatever opportunity we have, or whatever software we're procuring, can we get that as a service? Can it could be cloud-based and cloud-delivered? If so, we'll do it," he says.

"There'll always be situations and reasons why you can't use the cloud, in which case we have to maintain the internal capability. But we've gone from relatively cloud-averse to being cloud as the default."

Kay says that cloud-first approach stretches across applications, platform and infrastructure. He says it would be anathema to not make use of the expertise of external cloud partners. "No other commercial organisation can match what Amazon, Microsoft and Google can spend on security around their cloud infrastructure," he says.

"There's data governance questions and there might be clients that don't allow us to pass their data to the cloud -- and that's why there might be a situation why we can't go on demand. But our default option will always be to take the cloud option first if we can. And that approach will be multi-cloud where we'll use a range of providers."

Kay says he doesn't believe the cloud is a one-size-fits-all situation right now. He says there's still a bit of an arms race taking place and that different providers have different strengths. "Some are better at doing things better than others. And we, therefore, want to be able to take advantage of those capabilities," says Kay.

"So, we will not be dogmatic and push everything to a single provider. We're trying all of them -- at the SaaS level, we're using Salesforce, Microsoft Dynamics 365 and Workday. When it comes to IaaS and PaaS, we're using AWS, Azure and Google. That's a deliberate strategy. We have a view on which provider is stronger for a particular set of characteristics."

Chris Ashworth, CIO at Hermes, first started moving services to Amazon just under a year ago. He is a big advocate for going on demand. "Cloud's a no-brainer -- there's not going to be many companies in 10 years' time that have got their own data centres, unless it's a government organisation or for something extremely sensitive," he says.

Ashworth envisages a scenario where four or five big data centre providers dominate the cloud market. When Hermes started looking at the cloud, it undertook cross-group analysis of the various forms of provision. "We're a German-owned organisation and we take risk very seriously," says Ashworth.

"There was some chat about splitting risk and running cloud on more than one platform. But the benefit of the cloud isn't just about having access to a consumption-based infrastructure -- there's really some interesting stuff taking place; you can't take advantage of all Amazon's capability if half of your data is stored somewhere else."

Ashworth says the decision to go all-in with Amazon was a key moment. "You've got to trust your provider somewhere," he says. So far, the decision is paying off. Ashworth says Amazon's services provide great performance. "We've got stability at peak times,' he says.

"The price of hosting in the cloud has compared well to storing stuff on premise, too. There's some learnings -- we've probably over-provisioned at times. We took a partner to help us understand Amazon and that didn't work. Where we're getting a lot more value is from learning how to use the cloud ourselves. We're on the same journey as everyone else -- we're getting used to relying on the cloud."

3. Moving to the cloud helps control the rise of shadow IT

Phil Armstrong, global CIO at  finance firm Great-West Lifeco, says his firm's relationship to the cloud is now well-established, having started moving on-demand several years ago. The journey to the cloud, however, hasn't always been straightforward.

"In many ways, we started before we were ready. Our business customers were already using their credit cards to buy cloud services, which is not right in terms of governance, security and architecture," says Armstrong, outlining a common concern for CIOs, where the ability to purchase resources quickly on-demand leads to the circumnavigation of IT departments.

"We had to catch up quickly, so we used a taxonomy model from the Technology Business Management (TBM) Council to get an understanding of where our money was being spent in terms of technology," he says. "That's allowed us to make informed decisions around which applications should move to the cloud."

Armstrong says Great-West Lifeco has used TBM and a cloud checklist to rank sweet spots in terms of the applications the firm needs to move on demand. With that approach, the business gains an understanding of costs against the attributes of cloud services. That awareness can be crucial, as too many line-of-business managers often think on-demand equals better, regardless of cost.

"There's a lot of hype out there that says 'move everything to the cloud' because it will be cheaper and that's not always true. There are certain applications and business functions that are a natural fit and should be in the cloud," says Armstrong.

"But the cloud is not a destination -- it's a set of services and features that, if they match what the business is trying to achieve, can help employees achieve their aims. But in other cases, the business case won't be right -- and you should leave those applications where they are, and that might well mean on premise."

Digital transformation along with a macroeconomic tailwind are giving tech vendors a nice boost. CEOs such as Salesforce's Marc Benioff say the spending cycle is stronger than he's seen previously.

Microsoft is making a number of tweaks to its Office 365 consumer subscriptions as of October 2. Here's what's changing.

Moving to a cloud-based video conferencing system helped the rural college offload some of its bandwidth and improved the experience for students.

The cloud enterprise software business upped expectations for the year after its acquisition of Adaptive Insights.

Digital transformation initiatives and project work continue to expand in companies of all sizes, industries and geographic locations as the world moves closer to a digital economy.

For a few moments Tuesday, the e-commerce giant was a trillion-dollar company.

Productivity
A business tried to use a 50% price hike as a recruitment tool. It didn't go well