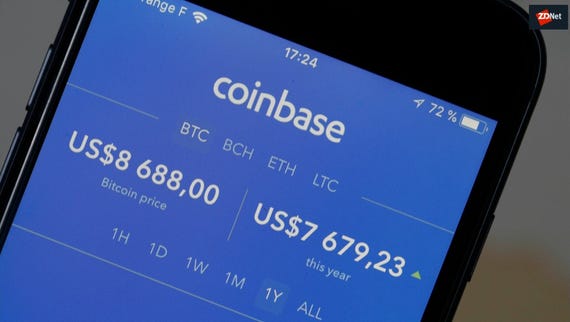 Coinbase has completed an internal inquiry into the launch of Bitcoin Cash (BCH) on the platform, concluding that there is no evidence of wrongdoing.

BCH, an offshoot of Bitcoin (BTC), was launched on the Coinbase platform in December 2017. Although originally intended to become available for trading in January 2018, the abrupt addition of BCH did not deter investors.

Instead, in the hours before the new addition went live, the price of BCH skyrocketed.

Cryptocurrency traders and enthusiasts picked up on the price surge and timing, accusing Coinbase insiders of potentially purchasing large volumes of the cryptocurrency in preparation for the BCH listing.

TechRepublic: How Crypterium could enable to you pay for your coffee with cryptocurrency

The executive quickly fought to make Coinbase's position clear when it comes to insider deals, publishing a blog post which warned that any employees who attempted to cash in on Coinbase's BCH activities would find themselves without a job and would also face legal action.

"Our goal is to make Coinbase the most trusted and easiest to use digital currency exchange," Armstrong said. "We will only accomplish this goal by ensuring that we (the employees and contractors at Coinbase) all hold ourselves to a high standard of conduct."

Speaking to Fortune, a spokesperson for the cryptocurrency exchange platform said the investigation concluded last week following a months-long probe by two law firms. No evidence has surfaced of any staff members using their insider knowledge to make a profit.

"We would not hesitate to terminate an employee or contractor and/or take appropriate legal action if evidence showed our policies were violated," a company spokesperson told the publication. "We can report that the voluntary, independent internal investigation has come to a close, and we have determined to take no disciplinary action."

In addition, a source close to the matter said a staff lawyer discussed the case with employees during a company-wide meeting last week.

Coinbase's investigation and subsequent clearing of any insider trading doubts is good news for the company, but that has not pulled the firm completely out of murky water caused by the BCH disaster.

CNET: $1.2 billion in cryptocurrency has been stolen since 2017, says report

A class-action lawsuit launched against Coinbase is still ongoing. The case, filed by Jeffery Berk on behalf of Coinbase customers, alleges that Coinbase was negligent and violated consumer protection laws due to insider trading, resulting in lost customer profits.