Coinbase has once again had to disappoint Ripple enthusiasts by squashing rumors of the coin's addition to platform.
Written by Charlie Osborne, Contributing Writer on March 6, 2018 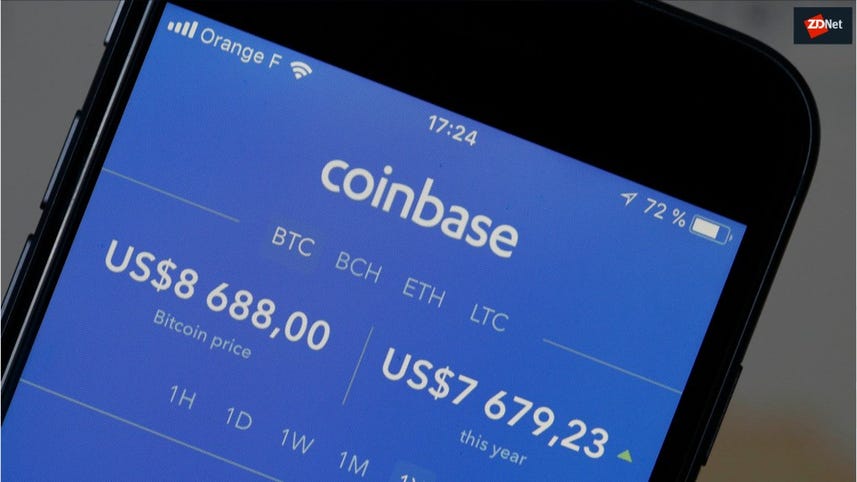 Coinbase has once again been forced to quell rumors that Ripple is soon to join the exchange.

Prompted by an upcoming segment of CNBC's Fast Money due to go live on Tuesday featuring Ripple CEO Brad Garlinghouse and Coinbase President Asiff Hirji, rumors once again began to circulate that Ripple (XRP) was destined to join the Coinbase platform, a popular exchange used to buy and sell cryptocurrency.

As speculation mounted, the price of XRP jumped to $1.09 on Monday. At the time of writing, Ripple has toppled to $0.97, likely due to the quick denial of Coinbase.

In response to the rumor mill, Coinbase tweeted:

"Our January 4th, 2018 statement continues to stand: we have made no decision to add additional assets to either GDAX or Coinbase.
Any statement to the contrary is untrue and not authorized by the company."

The company also reaffirmed previous comments in January, when Coinbase rejected the idea of adding Ripple to the firm's platform, causing a similar shoot and decline in price.

Coinbase has disclosed how new assets are chosen. The Digital Asset Framework (.PDF) explains the requirements for new cryptocurrency additions and a committee made up of employees and executives are in control of what assets appear, and when.

While the committee which decides on these assets are "subject to confidentiality and trading restrictions," Coinbase may also still be dealing with the fallout of Bitcoin Cash, which was added to the platform and then rapidly -- albeit temporarily -- closed off due to an unexplained surge in pricing.

An investigation is ongoing. However, if this was the result of insider trading, it is understandable that Coinbase would want to track down the culprits before allowing such an event to occur again.

Bitcoin is trading at $11,220 at the time of writing. While this investment is out of reach of most of us, alternative coins such as Ripple and Ethereum have gained trader interest.

Should Ripple eventually make it onto the Coinbase platform, this could be a catalyst for increased trading and a surge in price.

Roughly 600 servers were stolen in one of the biggest criminal operations the country has ever seen.

Ripple may one day be on the platform -- but not today.