Neural implants: Why connecting your brain to a computer will create a huge headache for everyone

Brain-machine interfaces could bring major benefits -- and major risks, which could increase if big tech is allowed to dominate another new technology.
Written by Steve Ranger, Editorial director, ZDNet on Sept. 12, 2019 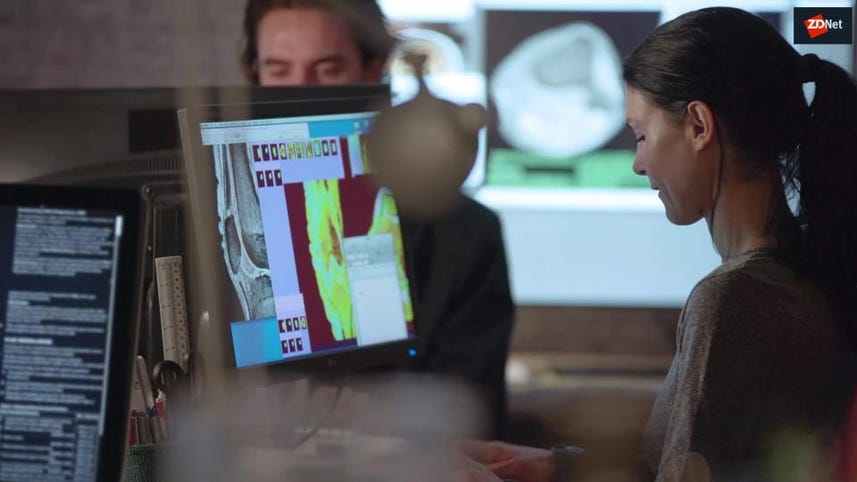 Technology that allows us to connect our minds to computers will have such huge implications that the government needs to look at the ethical risks involved, and ensure that developments are not dominated by big tech companies.

A report from the Royal Society – the UK's national science academy – said the government should launch an investigation into neural interface technologies, including looking at regulations around their development and the ethics of using them.

Neural interfaces are devices implanted in the body, or worn externally, which are capable of recording or stimulating activity in the brain. The idea of such technology, also known as brain computer interfaces (BCI), isn't all that new: many people worldwide already benefit from medical neural interface technologies like the cochlear implants that provide hearing for around 400,000 people, while people otherwise unable to communicate have been able to spell out words using brain signals alone.

But BCI could be on the verge of explosive growth: the Royal Society report suggests the technology is at the same stage as computing was in the 1970s. The report predicts than within a couple of decades neural interfaces could be used to help people to walk after paralysis, tackle depression, or even help to treat diseases like Alzheimer's.

The Royal Society experts predict that, in future, "people could become telepathic to some degree" as more sophisticated neural interfaces emerge and allow us to connect to computers – or to each other.

"Linking human brains to computers using the power of artificial intelligence could enable people to merge the decision-making capacity and emotional intelligence of humans with the big data processing power of computers, creating a new and collaborative form of intelligence. People could become telepathic to some degree, able to converse not only without speaking but without words -- through access to each other's thoughts at a conceptual level," the report said.

Big tech companies are eyeing neural interfaces as a potentially rich area of development. Facebook has previously said that it is working on mind-reading technology that would allow users to think messages onto a screen rather than type them, or even to share thoughts independent of language.

But it's Elon Musk's Neuralink project that seems to be making the most impact at the moment, working to create ultra-high-bandwidth brain computer interfaces to connect humans and machines. Musk has warned that the rise of artificial intelligence is one of the greatest threats to humanity, and neural interfaces could be one way to reduce the risk by giving us a chance to keep up with the machines.

The Royal Society warned that if developments are dictated by a handful of companies then less commercial applications could be sidelined. It said regulation should not be so onerous, complicated and expensive that it allows 'big tech' to dominate the emerging field.

The benefits could include not just better health, but sharper memories, and better concentration and more intimate connections with those around us. The downsides include the potential for our most intimate or fleeting thoughts or moods being accessed by companies or governments. Hacking into these implants could have serious consequences, and it's hard to think of a richer target for hackers. More broadly, if only the rich can afford augmentation, that could have implications for social inequality.

The Royal Society said that the government needs to investigate the ethical issues presented by neural interfaces, to address questions of what data should be collected, how it is kept safe, and the acceptability of enhancements. It said that authorities should also look at how innovation can be encouraged to prevent a monopoly by 'big tech' firms.

"While advances like seamless brain-to-computer communication seem a much more distant possibility, we should act now to ensure our ethical and regulatory safeguards are flexible enough for any future development," said Dr Tim Constandinou, director of the Next Generation Neural Interfaces (NGNI) Lab at Imperial College London. "In this way we can guarantee these emerging technologies are implemented safely and for the benefit of humanity."