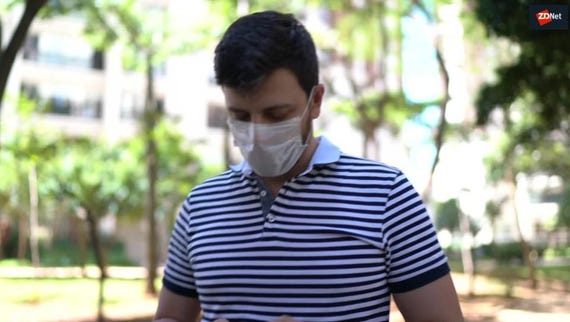 The team behind the very first contact-tracing app that launched using Google and Apple's API, Switzerland's SwissCovid, has found early evidence that the technology could be as effective as manual contact tracing – subject, of course, to a few ifs and buts.

SwissCovid was released at the end of May, before becoming nationally available one month later. Almost 1.6 million residents now use the app actively, which constitutes 18.5% of the country's population.

The technology is designed to quickly track and warn users who have been in prolonged contact with somebody who has tested positive for COVID-19. Users of the app who test positive for the virus are given a Covidcode, which they can voluntarily submit in SwissCovid. This anonymously triggers an avalanche of warnings to other users who were registered as close contacts of the symptomatic person while they were infectious.

Researchers from the EPFL University in Lausanne, who developed the technology, have now published preliminary results about the technology's efficiency. They found that, between the end of July and the end of August, 1,054 Covidcodes were submitted in the app. Understanding the exact impact of submitting those codes, however, is much trickier.

SwissCovid is built on a protocol called Decentralized Privacy-Preserving Proximity Tracing (DP3T), which also forms the basis of the Bluetooth contact-tracing API developed by Apple and Google. The protocol means that alerts can only be issued locally, on users' phones, instead of going through a central server. There is no way, therefore, of knowing how many warnings have been issued by the app and to whom.

When they receive a warning, however, users are directed to a telephone hotline that was set up specifically to provide advice for those who were identified as risky contacts by the app. The SwissCovid hotline received 874 calls during the time of the study, which the researchers said was reflective of the number of alerts that might have been triggered.

For Marcel Salathé, digital epidemiologist from EPFL University, who developed SwissCovid, the numbers should ease the concerns of those who initially believed the app could pick up on contacts that are not epidemiologically relevant and generate huge amounts of false positives.

"We can look at the call numbers to get a good idea of how many people were alerted," he told ZDNet. "From what we can see, they are very much in the expected range. At first, people were scared they'd get multiple notifications per day. In reality, especially while the situation is roughly under control – as it is in Switzerland – most people will never get a notification, ever."

The researchers also determined to find out how effective SwissCovid is in comparison to manual contact tracing by estimating how many patients have tested positive to COVID-19 after a warning received in the app.

Public health services in Switzerland routinely ask citizens to provide the reason for the test when they take it, and added the SwissCovid app as an option during the length of the study. Aggregating data about 8,522 confirmed cases, the researchers calculated that in total 37 people might have been prompted to get tested thanks to the app.

The number doesn't seem high, but it has to be scaled to the 18.5% of the country's population that is covered by the tool. According to the researchers, the number of positive tests generated by the app given its current user base is actually encouraging.

Based on the data collected so far, the technology is effectively showing similar effectiveness to manual contact tracing. This means that, if the app was scaled up, both methods could yield similar results – provided, of course, that both patients who test positive for COVID-19 and those they have been in close contact with actively use the technology.

"We can see that it has a similar range of effect to classical contact tracing," said Salathé. "That's very promising because it means you can really scale up the system and essentially have a second weapon in the fight. And this initial data suggests that it is a powerful weapon to have in your arsenal."

SEE: Contact tracing: Scotland will launch its own app this autumn

It is only a matter of increasing adoption rates, therefore, to boost the performance of the app. While 18.5% of the population is a solid start, Salathé said he would like to see the number pushed up to 50% or higher.

The researcher insisted that SwissCovid would always have to embed itself into a functioning system of testing, and that it should not be considered an appropriate replacement for manual contact tracing. But the technology provides extra value on top of classical pandemic response systems.

When Covidcodes are registered in the app, other users can effectively be contacted in a matter of hours, where manual contact tracing usually takes much longer.

"The app has the added benefit that it can be much faster," argued Salathé. "There is a lot of quantitative talk about how many tests we do, or how many contact tracers we have. But just as crucial as that is the speed of all of this. If you're slow with your contact tracing, then by the time you reach a person it's already too late."

Not all countries can claim similar results from their contact-tracing technologies. The StopCovid app that launched in France, for example, was taken up by less than 5% of the population. The Prime Minister Jean Castex recently acknowledged that StopCovid had not had the expected results, and that the technology was not a major tool in the fight against COVID-19.